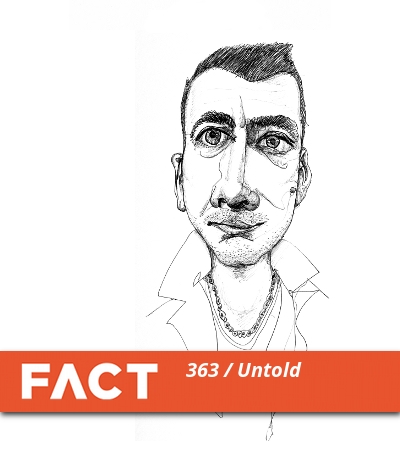 It’s New Year’s Eve. And what better way to get the party started than a mix of classic piano hardcore from Untold.

For those of you not with us in 2009, Untold’s first FACT mix is a classic. Stone cold, we still play it in the office now. It not only offered listeners the first recorded chance to hear music from Untold’s Gonna Work Out Fine – a double-vinyl set of minimalist dancefloor WMDs that basically blew dubstep wide open, publicly inspiring the likes of Pearson Sound (then Ramadanman) and James Blake to take their music even freer and weirder – but was, quite simply, one of the most exciting, replayable mixes we’ve hosted to date. As we say, it’s a classic – go listen to it.

NYE 2012 sees Untold return to the FACT mix series with what he’s titled his XR3i mix. As that title would imply (it’s a model of Ford Escort that was popular in the 1980s), this is a mix of road-tested hardcore from the dustiest shelf in Untold’s record collection. It’s an education, but far from a snotty one, and we hope we’re not the only ones who’ll be forcing it onto someone’s stereo system at an after-party tonight. Happy New Year – let’s ride.