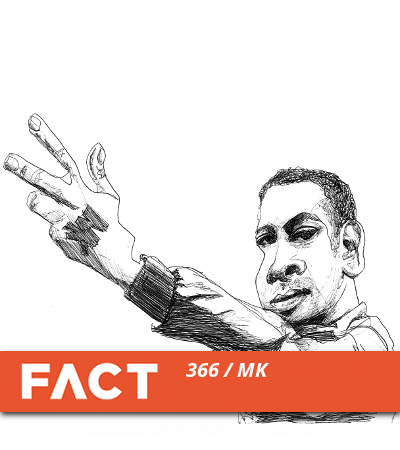 The king of the remix game steps up.

One of house music’s most distinctive artists since the early 1990s, Marc Kinchen is best known for pioneering the breathless vocal chopping technique that would later become garage touchstone Todd Edwards’ trademark. Although MK wasn’t the first to sample vocals in this way – he claims that Chicago’s Mike Dunn was the first person that he heard do it – he popularised and arguably perfected the technique; humble to the end, Edwards is very vocal about that debt that he owes MK in this department.

In the early ’00s, Kinchen moved to Los Angeles from his native Detroit, becoming Will Smith’s go-to producer (really) while also working on Disney film Shark’s Tale and other high-profile projects. By his own admission though, MK became disillusioned with life in the Wild Wild West, and in recent years has re-focused on dance music, releasing one of his most celebrated singles yet in last year’s remix of Storm Queen’s ‘Look Right Through’, collaborating with Lee Foss on ‘Electricity’ and preparing the relaunch of his label Area 10. Mind you, he also produced Pitbull and Shakira’s recent single ‘Get It Started’, so he’s kept a foot in each camp.

Last year, FACT TV shot a three-part guide on how to make an MK-style remix – or MK Dub – with Kinchen in the studio with Unknown to the Unknown’s DJ Haus. This week, we follow that with Kinchen’s contribution to the FACT mix series, a ride through MK productions old and new (let’s face it, that Jodeci remix never gets old) that takes in sights from Huxley, Geddes & Matt Tolfrey, Aaliyah and more along the way. Fill your boots.