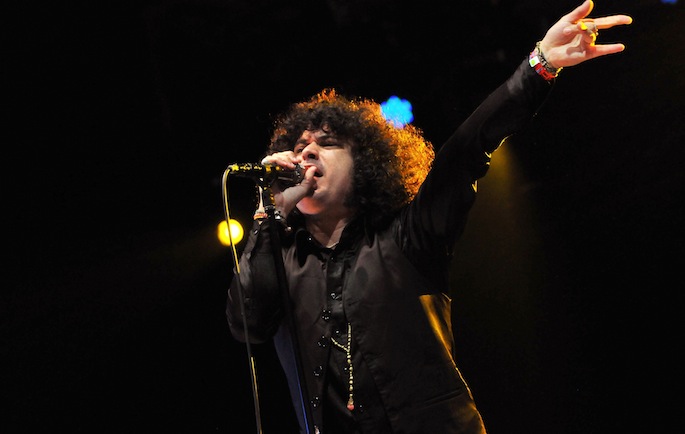 Last night, the vocalist took to Twitter to update fans on his forthcoming solo debut. “Just finished recording 3 extra songs for my record with Noah Georgeson. Gotta finish singing on them. Very excited by it,” he says. “Lots of desert ballad space jams, lots of harmonies, lots of lap steel and piano. Lots of AM radio love songs. Short bitter sweet luv songs… Be warned I’m not making a rock record. It might lightly rock but not like I’m known for.”

Bixler-Zavala will be performing guitar and vocals on the record, with Gregory Rogove (Unknown Mortal Orchestra, Devendra Banhart) on percussion, Jonny Polonsky on “acoustic/electric/keys/lap steel,” and Mars Volta-bassist Juan Alderete on the low-end. He confirms plans for a “world wide” solo tour, but warns fans that “We will only play Florida if the audience brings us cookies baked in the shape of Casey Anthony’s face.”

Earlier this month, The Mars Volta split up after a brief hiatus. At the time, Bixler-Zavala tweeted: “I guess a break from mars volta means starting another band and ignoring all the support the fans gave us. I tried my hardest guys All I can do is move forward with my music and just be happy that mars volta ever happened at all.”

Omar Rodriguez-Lopez has also announced plans for a new band, Bosnian Rainbows. Meanwhile, At The Drive-In will reissue two of their finest albums later this year. [via Antiquiet]

Tags: At the Drive-inMars Volta