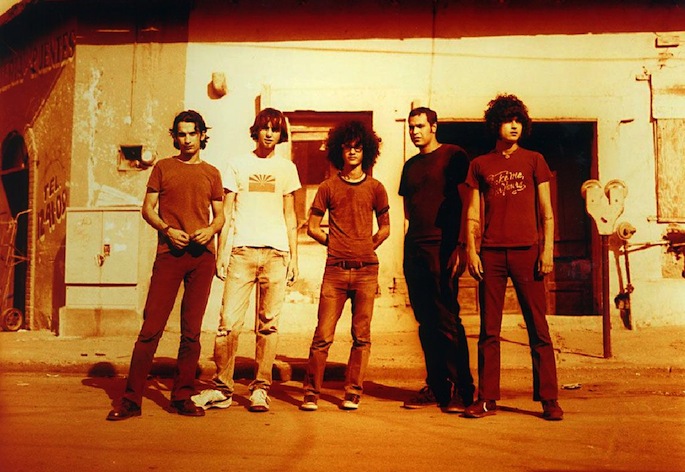 The Texas punks will re-issue both their first and final albums.

Last year, a (briefly) re-united At The Drive-in announced plans to re-release 2000’s Relationship of Command after receiving the master recordings back from Fearless. However, most of 2012 passed without any details on that front.

Now, Pitchfork reports that reissues are coming: Acrobatic Tenement will be released March 5 worldwide (March 25 in the UK), while Relationship of Command will be released on April 22. Both will be available in digital, CD and vinyl formats, with Relationship of Command available on limited color vinyl for April 20’s Record Store Day. The band’s label, Twenty-first Chapter (named after the 21st chapter of The Clockwork Orange, where Alex makes amends for his sins) will handle the US reissues, with separate distributors for other regions.

“It was interesting to revisit the recordings that bookended the first chapters of our band,” says guitarist Jim Ward, via press release, “The earnest and pure excitement of the beginning and the level of craftsmanship we achieved by Relationship of Command leaves me nothing but proud. I am happy these records have found their way to continue to feel new as people discover music they love and embrace our work.”

While the use of the phrase “first chapters” suggests new chapters in the band’s life, Cedric Bixler Zavala’s comments about the break-up of The Mars Volta in the wake of Omar Rodriguez-Lopez’s decision to start a new band suggest that things might be dicey in El Paso.

Tags: At the Drive-in