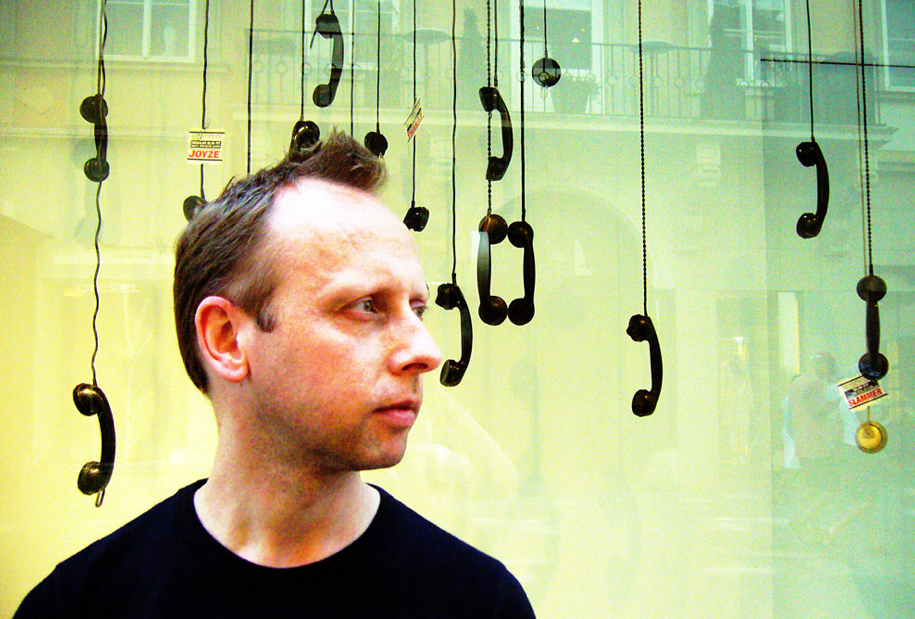 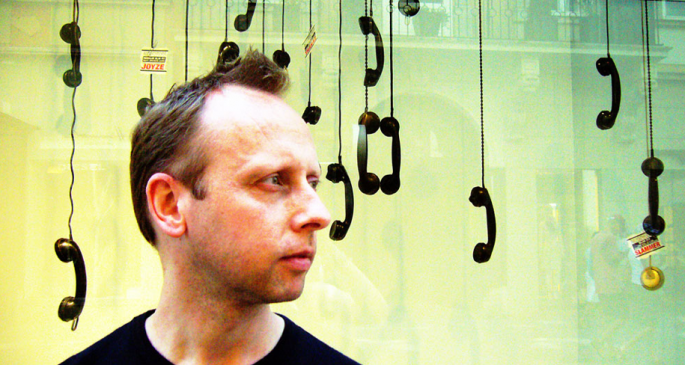 This Saturday 2 March sees the launch of Scanner: A Month In The Life Of The Artist, a highly personal exhibition in Amsterdam by Robin Rimbaud, celebrating “twenty years of innovation and playfulness”.

Rimbaud is best known for his work as Scanner, and first emerged in the early 90s with a trio of albums on Ash International that were celebrated for their delicately wrought, dread-infused soundscapes and snippets of “found conversation” (mobile phone chatter intercepted using the device that gave the project its name). Over the following two decades he has both refined and expanded his practice, earning renown not only as a music-maker and performer but also as a critic, thinker and talker; someone thoroughly engaged in, and alive to, the possible futures open to digital music. Along the way he has collaborated with artists as diverse as Charlemagne Palestine, Mike Kelley, Dangermouse, Merce Cunningham, Michael Nyman, Bryan Ferry, Laurie Anderson and DJ Spooky.

For the new exhibition, Rimbaud was asked to document a month in his life using audio, video and social media, as well as pen, paper and photography. It features original prints by Dutch designer Jurian Strik, plus “photographs, video projections, objects, vinyl recordings and hand-written stories” all celebrating October 2012.

Much like the previous 20, 2013 is looking to be a busy year for Scanner: he was recently announced as Associate Artist for the 2013 Spitalfields Festival London, working in collaboration with The Haxan Cloak and Gazelle Twin on new pieces based on the songs of English composer John Dowland.

A Month In The Life takes place in the Media Room of Melkweg, Amsterdam, from March 2 through Sunday 28 April. For more information, visit scannerdot.com.