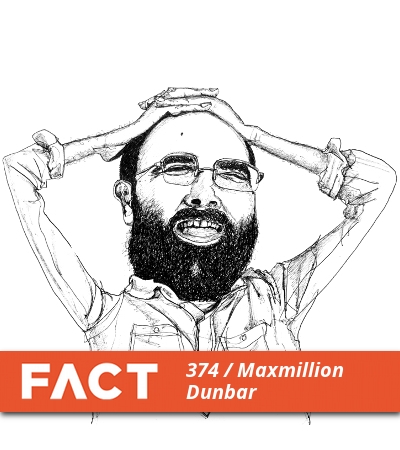 Although arguably still best known for his label (Future Times, which focuses on music from the likes of Protect-U and Slava, as well as Dunbar and his group, the aforementioned Beautiful Swimmers), Dunbar has quietly developed into one of American house music’s most interesting and entertaining artists. His debut album, the glistening Cool Water, was an underrated treat, while earlier this year we described his second full-length, House of Woo, as “a highly deliberate refinement of an aesthetic that’s been his own for some time” – lest we forget that Dunbar has been releasing groggy, oddball house records since before UNO NYC or L.I.E.S. opened their creaky doors for business.

Although fans of Future Times, L.I.E.S., Sex Tags Mania et al will recognise many of the names on Dunbar’s FACT mix (Bookworms, Steve Summers, Huerco S, Holly Herndon and DJ Sotofett all feature), he flexes his muscles by drawing from a stockpile of unreleased material from these artists, and – crucially – mixes them like a fucking pro. It’s no easy feat, mixing records as lunatic as some of these and not sounding amateur, but Dunbar rolls them out like nobody’s business – including welcome spots from veterans Gemini and Marcellus Pittman. Get stuck in below; House of Woo is out now.