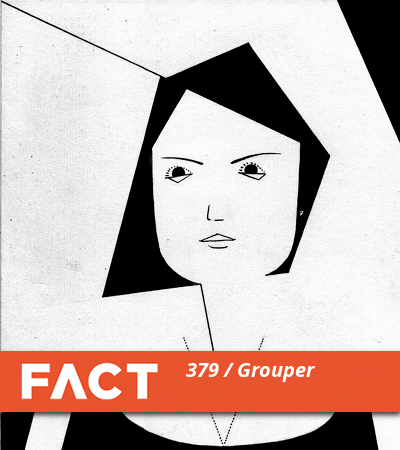 This week’s FACT mix comes from Liz ‘Grouper’ Harris, one of the most unique musicians of her time.

For over a decade, the Portland-based Harris has been releasing records that wander a misty hinterland between ambient, folk, doom metal and yes, occasionally, something bordering on pop music. It’s easy to fall into cliches when describing Grouper’s music – words like beguiling, spellbinding, beautiful and malevolent spill off the tongue all too easily – but she really has carved out not just her own niche, but her own sound-world in this whole thing, and although there’s plenty of Grouper-inspired music around – perhaps more than ever – few make it sound as timeless as records like Dragging a Dead Deer Up a Hill.

Recorded around the same time as Grouper’s recent residency at Bristol’s Cube, her FACT mix is titled ‘Image Of True Death’. There’s no tracklist, due to the inclusion of several “traditional tunes that are hard to track down”, but if ever there was a mix we’d prefer to have a bit of mystery around, it’s probably this one. You can stream and download it below; Kranky’s recent reissue of Dragging a Dead Deer Up a Hill and new collection of old Grouper material, The Man Who Died in his Boat, are both out now.