“I need the dark menacing edginess back”: Pinch elaborates on the reasons behind starting his new label, Cold Recordings

Pinch, one of the characters that helped Bristol gain a reputation as dubstep’s “second city”, has launched a new record label named Cold Recordings.

Pinch, of course, already runs a successful label in Tectonic. Cold, however, will be vinyl-only, and promises to focus on “new movements in the ever evolving UK hardcore-continuum — taking inspirational vibrations from a long standing heritage that ran through acid house, hardcore, jungle, UK garage, dubstep and beyond.” The first single on Cold comes from Cardiff-based producer Elmono, and although Pinch is keeping his cards close to his chest in terms of who else will be releasing on the label, we managed to get some words with him to talk further about his reasons for starting Cold, and its relationship with Tectonic.

Cold001, Elmono’s ‘Baton Rouge’ / ‘Shadows on the Moon’ will be released at the end of April; the Cold Recordings website currently features the below mix from Pinch that should give some aural insight into the label’s approach.

It’s a dirty word for some, but Cold seems very much focused on the hardcore continuum – staying true to that lineage of hardcore, jungle, garage and so on. Did you feel that Tectonic had expanded to the point where it had too many artists to stay fully committed to that lineage?

No, I don’t think that as such – but that is a very good question! I’ve been diversifying the style of releases on Tectonic for a few years now – dropping things from different tempos and so forth and I plan to continue to do that with the label. On the Cold mix there are even a couple of 128bpm Tectonic tracks repping the same sort of flavours as Cold, hence their inclusion on the mix. I just thought it would make sense to give this ‘Cold 120bpm-130ish sonic’ its own identity away from Tectonic even though they are kind of similar in terms of mood or even in terms of purpose. Tectonic will continue to push forward and experiment with new sounds and styles but I wanted an outlet that was initially focused more so on the darker side of UK house / techno / bass evolution with heavy subs – or whatever the crapping hell you want to call it. Ice House. Chilly Techno. Cold-step…

Do you feel that with UK producers taking more cues than they have in a long time from New York, Detroit, Chicago and Europe that there’s something like Cold missing? Or at least not enough of it about? Is it harder to go out and find proper cold dreadweight type stuff?

Absolutely! That’s why I wanted to start the label…

It’s not been all that easy to find tracks that fit my vision of the label to be honest with you. That said, I’m glad to have found a few really exceptional releases that take in that vibe and present it in a totally fresh way. I had hoped that the 130bpm revolution would have gone in a moodier direction rather than along those kind of lines – but it didn’t really go that way. Perhaps a lot of people needed a break from the dark dungeon sounds of dubstep that reigned for a while and this UK house movement fulfilled that to an extent. For me, however, it’s the other way round now and I really need the dark menacing edginess back in my life. I’ve missed it. 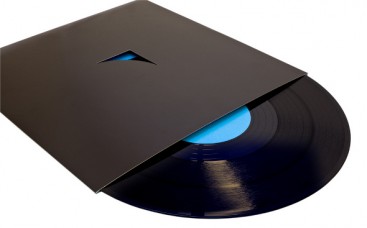 Are there any artists or labels that have particularly inspired it? It’s interesting that the label comes so soon after Beneath, who’s about as ‘nuum as they come, releasing on Tectonic. He also always goes on about Cannibal Ox’s The Cold Vein on Twitter.

Yes, well Beneath would be an ideal candidate for Cold and hopefully I can get him involved with it later down the line. However, I wanted to start the label off with unknown artists to show that this really is something new, coming from a fresh perspecive, not just a slight tangent on what’s already going on out there. Inspiration is in part coming from the producers I’ve signed to the label but it’s more born from the initial idea I had with ‘Croydon House’, back in 2010. I wanted to capture the experience of listening to early Metalheadz jungle tracks and present that vibe at a house / techno tempo. This plays a big part in my mind when I’m looking for music to put out on Cold.

You talked in that FACT TV interview with Blackdown about how you think it makes more sense grouping music together by vibe than tempo. I take it from that that Cold won’t be tied down to 130bpm?

Could you tell us a little more about Elmono, and the other artists that you have slated for Cold releases?

Nope. You’ll have to just keep your ears peeled for the next one, and the one after that! It’s already cut to lacquer so shouldn’t be too far behind 001. One thing I will say is that Elmono has more excellent tracks to come – if you’re interested, check the mix on the Cold site. There’s other forthcoming tracks in my mix on there but I’m not telling you what, when or where!

Have you already reached that point where you’re hearing tracks you love, and you’re not sure whether they’re better suited to Cold or Tectonic? And do you think that starting Cold will naturally shape Tectonic in a slightly different way? Tectonic’s last release, ‘Shoulda Rolla’, strikes me as pretty Cold and very UK, I should add.

Well I guess my main interests musically are cold UK sounds so yeah, it could do! ‘Shoulda Rolla’ is much more footed in the world of dubstep – which just for the record I’m certainly not turning my back on, there’s just less about that interests me the way it used – so that was easy. I’ll know where the most appropriate home is for a track when I hear it and want to sign it – I’ll just wave my divining rod at the tracks and see which way it points.