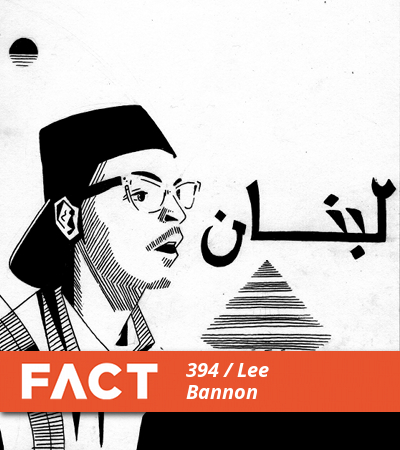 “I think I’m one of a rare breed of producers, especially in hip-hop – I think it’s rare that they have a sense of history and production.” – Lee Bannon, 2013

Whether you agree with his statement or not, it’s hard to disagree that Lee Bannon‘s in a unique position. A key member of Joey Bada$$’s Pro Era crew, the California-hailing producer might be best known for his production work for Bada$$, Busta Rhymes, Ab-Soul and more, but it really is only half of his story – head over to his Bandcamp and you’ll find a pair of exceptional instrumental collections in the desolate Caligula Theme Music 2.7.5 and the often-beatless Never/Mind/The/Darkness/Of/It. Delve further still into the Bannon canon (ahem) and you’ll discover thumping off-kilter hip-hop reminiscent of early Flying Lotus, ambient drone, cracking boom-bap, and jungle. Lots of jungle.

When you learn more about Bannon, it makes total sense. As FACT found out when interviewing him this year, he counts Goldie, Squarepusher and Zach Hill as some of his key influences, and wants to be the “Stanley Kubrick of music”. Sure, his key focus at the moment is Pro Era, and its with his crew that he’s produced some of his best work, but we can’t wait to see what kind of paths Bannon takes as his career develops. Download his FACT mix, which blends jungle with Oneohtrix Point Never, Andy Stott, Ratking, Madlib and more, below.