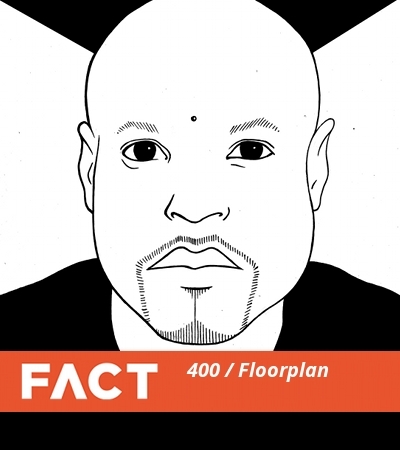 Like Amsterdam’s canals and the city of Belfast, the FACT Mix series has just turned 400 – and we thought we’d better wheel out something special for the occasion.

Robert Hood is one of the most important names in Detroit’s second wave – a crucial cog in the Underground Resistance machine, and, like Messrs Mills and Banks, bona fide techno royalty. On his most feted records, notably 1994’s Minimal Nation, Hood perfected a brand of pared down Techno without an ounce of fat or a hint of waffle – sinewy, skeletal 4×4, almost ascetic in its sense of drive and purpose. Over his career, he’s leapfrogged from classic imprint to classic imprint (Tresor, Metroplex, Axis, Peacefrog). It’s a remarkable catalogue: greenhorns are advised to cast their eyes towards our The Essential…Robert Hood rundown from a few years back.

For all his rep as the godfather of Minimal, Hood’s always drawn from soul, funk and devotional music in his work – check his eclectic, long-running Nighttime World series for proof. Floorplan, though, is the Mr Hyde to his Dr Jekyll – an outlet for musclier house that sees Hood throw caution to the wind. Where classic Hood is taut and controlled, his work with Floorplan is often brash and exuberant, all saturated colours and good-time thump. After almost two decades of Floorplan releases, Hood has finally found the time to release a full-length under the alias. Issued on his own M-Plant label, Paradise combined classic older tracks with new material, and makes for a set of turbocharged house music with gospel flourishes.

Last time Hood sat down for a FACT session in 2010, he turned out a spartan live set with nods to Ben Klock and Mark Williams. His Floorplan mix, however, is a very different beast. The come-hither patter that opens the mix isn’t a bum steer – Hood’s offering is a jackhammer house session with a powerful sensual streak. Scrambled disco, pianola house and some seriously deep business help make FACT mix 400 one the most enjoyable house sessions in recent memory.