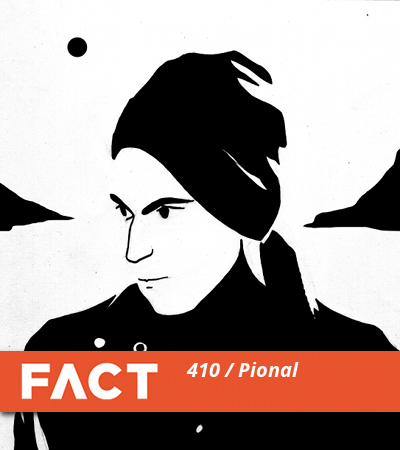 FACT mix 410 comes from Pional, a Spanish producer, vocalist and DJ, and a key part of John Talabot‘s live show.

Although Pional’s best known for his association with Talabot – as well as contributing to his live show, he featured on two tracks from Talabot’s last album ƒIN – he’s been releasing music since 2006, originally under the name Alt Fenster. Things really took off in 2010, however, when he released the sultry A Moot Point EP on Hivern Discs. Since then he’s released regularly on both Hivern and Permanent Vacation, and this month he made his association with Young Turks concrete (he’d previously opened for the label’s flagship act the xx), releasing ‘Invisible’/’Amenaza’ on the London-based label. As well as collaborating with Talabot on his live show, he featured on two tracks from his last album ƒIN.

Ahead of his appearance at Red Bull Music Academy’s Revolutions in Sound event in London tonight (he’s in the Young Turks pod with Jamie xx and Koreless), Pional drops his FACT mix. Midland, Herbert, Four Tet, Daphni and Pional himself feature.