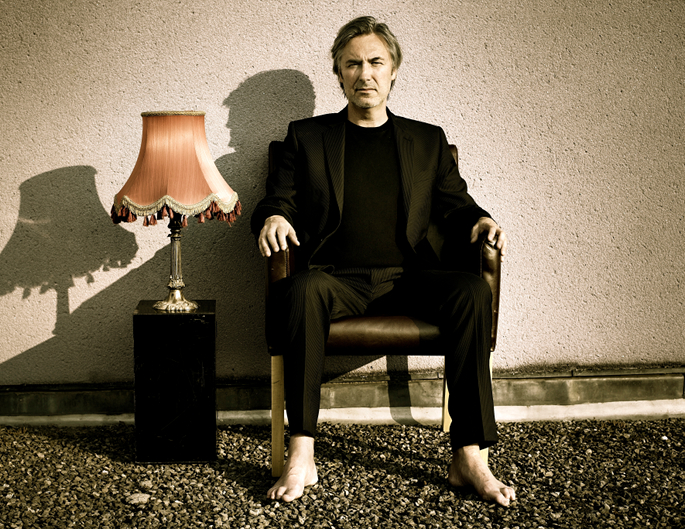 Neil Davidge belongs to the same bracket as, say, Nigel Godrich – the quiet man behind one of the UK’s biggest musical goliaths.

Since the mid 1990s, Davidge has been a crucial part of the Massive Attack machine: producer and co-writer of 1998’s career-best Mezzanine, and, following Mushroom’s exit and Daddy G’s semi-departure, essentially one-half of the group alongside 3D. If you’re one of the four million gamers who copped Halo 4, you’ll also be (perhaps unwittingly) aware of Davidge’s work – the Bristolian produced the game’s original score, which, having broken the Top 50 on the Billboard charts, remains the highest-charting videogame score of all time. As a composer, he’s also written for a slew of film and TV projects, including Bullet Boy, Trouble The Water and, with Massive Attack, Danny The Dog.

In March, Davidge will release his debut solo release, Slo Light. The sonic detailing and epic sweep of his Halo work is present and correct, but Slo Light is a record of Proper Songs, with guest spots from Neon Neon collaborator Cate Le Bon and the redoubtable Sandie Shaw. Having given us the warts-and-all inside story of Mezzanine‘s recording, Davidge also chatted to us about Tesco riots, channeling Debussy, and stepping into the album game.

How long have you been sitting on the tracks that make up the new record?

There are a couple of tracks that I’d written quite a while ago, maybe four years ago. The idea was virtually to make an album, but then I got the Halo gig, and that took two years of my life, so I had to put the album on hold for two years. But apart from two tracks, the rest of the album was written post-Halo scoring, so probably written in about eight months I’d say. Which for me is really good going! [laughs]

Particularly after that long stint working on Halo 4, were you using a very different part of your brain than when in soundtrack mode?

Were there any song-based artists who were particular influences on this record? ‘Gallant Foxes’, for example, I hear John Foxx in that…

Who fed into the record for you in that regard?

It’s always unconscious, there’s never any conscious channeling going on. John Foxx, Ultravox…I’d not really thought about that, it does have an element of that. Stuff from everything that I’ve ever listened to comes though. While I’m in the studio, I might hear a sound or a particular melody, and it will just sparkle into my unconscious. [3]D’s always the conceptualiser, and I’m much more about my gut instinct – something would happen, and I’d react to my gut instinct. So the music on that album is pretty much just a reaction to what was actually happening in the studio or in my life at the time. If there was shit going on, I’d, in a very cathartic way, just sit and make some really miserable music – it’s always the way I make music. I don’t tend to spend much time thinking about it unless I hit a brick wall, and that’s when reach for those experiences and that stuff I’ve learned. Otherwise I just react, react, react – keep jamming with myself or with other people, throwing ideas at people and seeing what comes back. 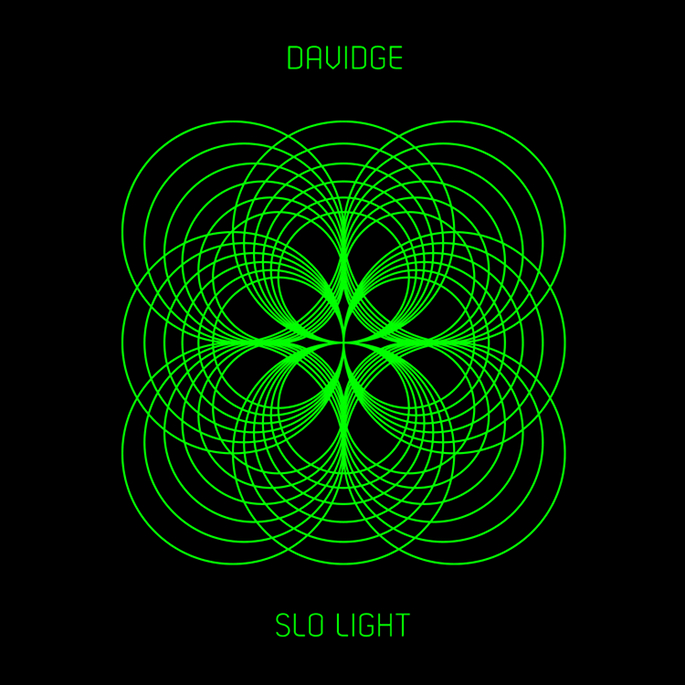 The most unusual contributor to the album is Sandie Shaw. How did that come together, that collaboration?

[Laughs] It was bizarre, actually. My management company said, “Give us some ideas of what kind of singer you’d like to work with”, because they’d been sending me demo tapes and the publishers had been sending me demo tapes of various different artist over the years. And, almost systematically, every time they sent me something I’d say, “Why are you sending me this? This is rubbish, I hate it!” And so in the end, they said, “Who would you like to work with then? Give us a list!” So I said, “Okay, I’m going to give you a list of everyone I’d like to work with.” And I put everyone on there, alive or dead – I put Nina Simone, John Lennon on there. I want to work with artists who have real character – it’s there in their voice, of course, but it’s them. It’s not this caricatured film star wannabe voice, it’s that person. You get to know them through the way they sing.

Sandie was kind of up there pretty much at the top of my list of people to work with. I sent the list to my management company, and, by pure coincidence, the same day they’d had an enquiry from her management company asking what I was up to and whether I’d be interested in working on something with her. So it actually hit on the same day that I sent my email to them – it just seemed perfect.

That song is one of a couple of tracks I’d written a few years prior. D had written a load of lyrics and just given me reams of stuff. One day I sat down in the studio, no-one else around, with my guitar, and I just pulled out these words, just playing around with ideas. I wrote four songs that day, and one of them was essentially that lyric. I did end up going in and changing some of the lyrics, but essentially I just picked up the guitar and just read through these lyrics. And it was always difficult thinking of who could perform that song. I put down a version with me singing, and then it was always such a huge kind of torch song type thing, and it had no chorus, no verse structure. I thought, “Who the hell can really make this visual?” And when Sandie said that she was up for doing something, I thought, she’d be fucking perfect for that song, absolutely perfect.

She said, “I know exactly what you want, I know exactly what you’re going for.” When she got into the studio, she was like a whirlwind – she’s got a personality bigger than Bristol. She’s amazing, she’s such a wonderful person. I think it’s not long after that we had the Tesco riots just up from where my studio in Stokes Croft, Bristol, and they were protesting against the Tesco Express. I was thinking, “She is absolutely perfect for that song.” When I think of that song, I see the footage of people protesting in the streets, the carnage that went on. I always think of the shadowy figure of Sandie walking through that. She’s the influence in many ways – for me, she signifies that huge change where young people actually had a voice, and now you have to listen to us. We’re not going to speak when spoken to, we’re not gonna be quiet, we want to make a noise, we want to tell you what is wrong with the world and what we think should happen. And that’s Sandie. It just seemed perfect It was brilliant working with her, at some point we’ll do something else together. I know she’s very keen to do something else together. It’s just very hectic.

“For me, music sounds more real when you’re not spending a lot of time sat there scratching your head.”

Now the record is imminent, what are your future plans?

Right now, I’m just finishing off the score for a James Franco film, which is kind of an electronic thing, and as soon as that’s finished, which it should be in mid-January, we’re going to start talking about how we might present the album live. Which is going to be interesting, because I haven’t actually performed live for about 15 years. So yeah, that’s the next thing up. I’m quite keen not to make it a standard band set-up, but I also want it to be a live thing – I don’t want to just go out there with a couple of computers and visuals. So we’re going to get creative. I’m also keen to start writing again for another album in a few years time. I like to be busy, I’m always doing things – busy to the point where I’m getting sometimes three hours sleep a night. [laughs]

Are there any plans afoot for another Massive album?

Funnily enough, I spoke to D not yesterday but the day before, just chatting. I’m going to pop down to the studio later on this week and just sort of talk. I really needed to go and do something different. I was starting to get the point where I felt the two of us were starting to anticipate each other way too much and get on each others’ nerves. That kind of started midway through Heligoland, and it started getting a bit difficult between the two of us. So I said, “Look, we need to go and start doing something else, we need to start experience different things, so that in future if we want to, if we decide to, get back in the studio, we’ve got some surprises up our sleeves for each other.”

I’ve done quite a lot since I stopped working with the guys, so I feel like I’ve got something to offer them now that maybe I wouldn’t have had to offer before. I know D’s been pretty busy, he’s not outputted a great deal of music – I loved that Battle Box. He’s obviously still been doing a lot, but it’s all been behind the scenes. We’ve bumped into each other a few times over the last couple of years. It would be really good to sit down, I think we’ll try and do something together for the next album. I’m not sure if I want to produce another Massive Attack album though. Maybe produce a few tracks and co-write some material with the guys, but I really do enjoy doing things much more quickly than Massive Attack do! But we’ll see, it would be great to do something together. We spent 18 years working together almost to the day, so we really do get inside each others’ head – I think we’ll do something again, but I can’t be specific. [laughs]