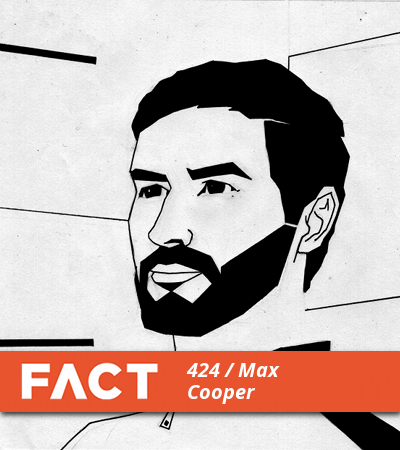 Max Cooper toasts his debut album with a session for FACT.

Cooper has been doing the rounds for some time, releasing singles since 2007 and building up a fierce fanbase – Cooper’s fans, in fact, can often be found making their own videos to his songs, something Cooper encourages on his website.

Like Jon Hopkins and Pantha du Prince, Cooper seems on a constant search for the perfect balance between cripplingly beautiful electronica and club-tooled dance music, and on his debut album Human, due out on March 14, Cooper talks about approaching the album with an emphasis on “personal piece[s] of music”, rather than club tracks.

That all said, Human‘s not afraid to bang it out when given the opportunity, and Cooper’s FACT mix doesn’t shy away from the belters either, with Objekt, Huxley and more sharing space with the more elegiac likes of Helios and Sigur Ros. Also keep an eye out for Cooper’s own edits, of Richard Skelton, Vaetxh and more.

You can catch Max play live at this year’s Gottwood Electronic Music and Arts Festival which takes place on 19th-22nd June in Anglesey, North Wales.