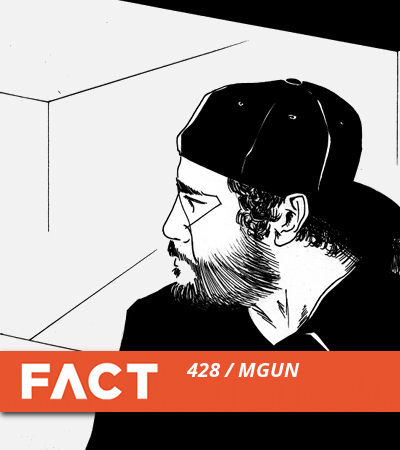 This week’s FACT mix comes from MGUN, Underground Resistance’s new recruit and one of the most mercurial techno producers around.

Since 2012, Manuel Gonzales has been releasing a consistent stream of music on some of dance music’s most coveted labels – including Will Bankhead’s Trilogy Tapes, Kyle Hall’s Wild Oats and Bristol-via-London outpost Don’t Be Afraid (he also collaborated with Hall under his real name back in 2010).

Detroit aficionados might not find too many surprises in MGUN’s sound – though he doesn’t restrict himself to straight-up techno by any means, drawing from kosmische and Kraftwerk and regularly dropping his tempo to hip-hop – but they’ll certainly find a reassuring reliability in his music, and it makes perfect sense that he’s spent the last few years as a key part of legendary collective Underground Resistance’s live show. MGUN’s putting a lot of young dance producers to shame right now, and he’s leaving plenty of the veterans in his wake too.

No tracklist here – spotters, the comments section is yours – but MGUN plays things hard and fast on his FACT mix (subtitled Detroit and Beyond), with a session that proves that, with the right soundtrack, any time of the day can feel like sunset. His latest EP, Resin, is out this week on Don’t Be Afraid.