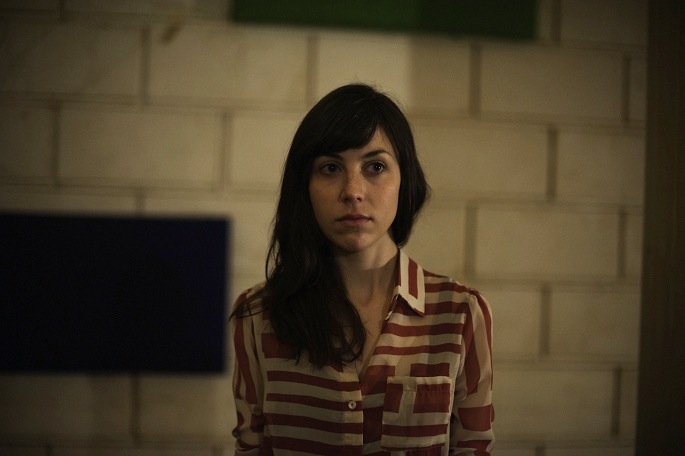 One for die-hard Holter fans here. 2013’s Loud City Song is about many things but the pervading theme is of fictional French debutante Gigi making her way through the cacophony of Los Angeles. In a FACT exclusive, Holter offered us a comprehensive open letter, outlining the thinking and inspiration behind each track.

I made Loud City Song hoping that it would stand on its own, even though its story borrows from the Gigi story. I don’t think anyone needs to know the connection of the album to the story of Gigi – either the 1944 novella by Colette or the 1958 musical film adaptation – to be able listen to the record. It’s important to me that the listener’s experience with the songs on this record is their own and that no mystery is lost in a long-winded backstory.

But, it’s been a while since this record came out and I think now the time is right for me to write this letter for those listeners that are interested in the connections. I’m still leaving a lot to the imagination anyway.

There are a couple scenes in the musical Gigi where central characters Gigi and Gaston walk into 1980s Parisian society café called Maxim’s. The scenes are really fascinating both sonically and visually. The customers freeze and the celebratory music stops abruptly when someone new enters the café and a creepy ‘chant-gossip’ washes over the scene, until the new people sit down, when music starts again. The eerie stop-startedness of it is what inspired the form of the song, and of course the chorus.

In ‘Maxims’ I’, I sing “I don’t understand” with the same intonation of Gigi in the song “I Don’t Understand the Parisians“. When I read the novella, I found out that Gil Blas was a 16th century Paris periodical that had a weekly edition with a colour cover illustration of the latest local romantic intrigue or gossip of the moment. I sing a line about “Gil Blas’ bored whispers”. I think in the novella, Gaston is on the cover with one of his latest lovers and complains about it when Gigi brings it up and teases him.

“World” involves the protagonist of the album looking out of the window watching the world, reflecting on their relationship to it and it’s an introduction to the imagery found throughout the record. I pulled parts of the Gigi story into it, such as the section about her mother – her mother is a ‘second-tier’ opera singer who’s never around – Gigi is raised by her grandmother for the most part. In the movie, they play a kind of like tennis on the beach, and they wear a lot of hats. I stuck to imagery that could be understood back then just as easily as now.

I use various instruments to represent society’s “loudness” on Loud City Song. The voyeurism and gossip of the Maxim’s scene reminded me of today’s paparazzi world. I saw ‘Horns’ as a person, perhaps Gaston, being chased by a marching band/paparazzi. No aspersions cast on marching bands, though – I often enjoy them.

In the Green Wild and This Is a True Heart

These tracks originally started as one song. They were like two opposing answers to one question asked of the main character: “What do you do when you are tired of everything in the city?”

The “I don’t understand” from Gigi’s ‘I Don’t Understand the Parisians’ returns in both of these songs. In ‘Green Wild’, people are speaking a language she doesn’t understand, and she runs off into nature to escape society. In ‘True Heart’, she chooses to embrace the city, but sort of making fun of it while doing so.

There’s a scene in Gigi where the creepy old guy played by Maurice Chevalie, who sings the famous pedophiliac line “thank heaven for little girls” is singing with Gigi’s grandmother about a brief fling they had together decades before. In it, they can’t agree on any of the actual details of their dates, highlighting the vagueness of memory. This kind of nostalgic haze of a past romance made me think that my cover of Barbara Lewis’ ‘Hello Stranger’ would fit nicely onto this record. Lewis’ song captures the vagueness of long-lost love so well: there aren’t really any details given about the relationship, just the conflicting feelings of loss and hope that come from a past lover’s visit.

He’s Running Through My Eyes

A simple love song inspired so much by Gigi’s song ‘Say a Prayer for Me Tonight’ that I almost think of it as a cover, even though it is all original material. There is a bittersweet mix here of hope and hesitation.

This doesn’t have much to do with Gigi directly either, but it was a direction in which to take the characters that the Colette story helped to set up. The only way I could see the ‘story’ I had created ‘ending’ was by having all of the inhabitants of this fictional city find truth and love, amidst all the bullshit, in a big apocalyptic fiery orgy-riot of desire. It seems really funny and silly, but I look at it more abstractly. It’s not necessarily that the whole city is actually having an orgy and there are flames everywhere, but it’s something the main character dreams up, exploring the possibility of true love – on many different levels – and how it can stretch beyond what seems to be insurmountable societal limitations.