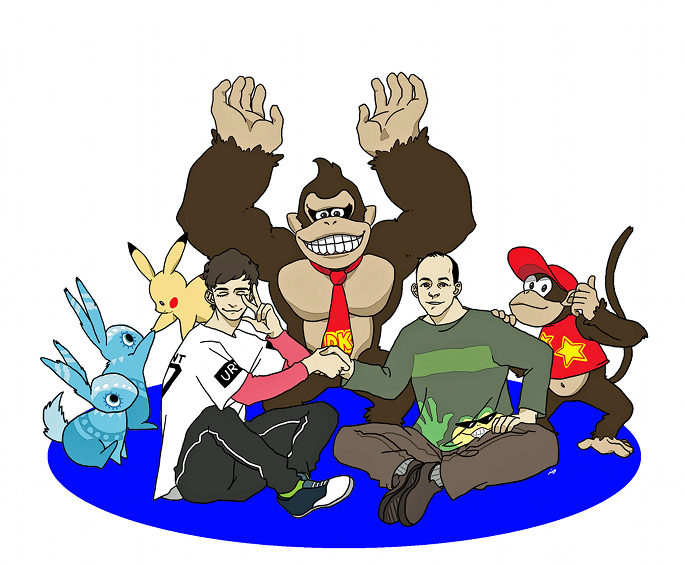 From the Squaresoft-meets-Jeremih bootlegs (see Hemsworth’s classic 2012 FACT mix) to his Yasunori Mitsuda tribute tracks, Hemsworth’s always been quick to tip a hit to the great video game soundtracks of yore.

Ryan Hemsworth: Thanks so much for your time David, means a lot to me.

David Wise: You’re welcome, thank you for your interest.

RH: You began on piano first, and then picked up the trumpet, correct? I think this makes complete sense when listening to your compositions, but I’m curious where did your real interest and motivation to produce music electronically come from?

However, my interest in computer generated music didn’t happen until I started to sell drums in a music shop after leaving school. My Dad taught computers at the local polytechnic, and my brother also had a strong interest in computers, and being the rebellious musician, I had no interest until that time in computers at all. But at the music shop where I sold drums, Yamaha had introduced their first Music computer called the CX5 – and that had MIDI – which could talk to other keyboards and synths that also had MIDI. No one at the shop had a clue how this CX5 worked, so I borrowed it for a few weekends, read the manual many, many times, and eventually saw the potential. I could hook the CX5 sequencer up to Roland and Korg synths, and have them all play back at the same time. That’s where my interest came from.

RH: Your career has been one surrounded by monkeys, foxes, toads, and all sorts of creatures having extravagant adventures… Have you always had a playful side to you that enjoys these stories? Were there books or movies growing up that really gave you an interest in fantasy?

DW: I loved a film called Doctor Doolittle when I was a child, along with many Disney films. I don’t really read books. I prefer films, which are more of a collaboration of ideas.

RH: When you were transitioning into becoming a video game composer, starting at RARE, did you take any musical cues from other composers or artists at the time? Or were your just making it up as you went? I feel like you guys composing for the early systems like NES really had such a blank canvas to work with, no?

DW: My main inspiration was either chart music or film music. I wasn’t aware of any other video game composers when I started at Rare. People just thought it was an odd job – making the bleeps and boops that went along with video games. In those days it wasn’t really thought of as music. It certainly doesn’t carry the kudos it carries today.

RH: You started just knocking out soundtracks for NES and SNES in the ’90s; a wide range of titles. When you first get approached by a developer who says, “We have this game, Battletoads…” or Pin Bot, or Star Fox – these are all games with very different styles (some with a sense of humour, others very much to-the-point). How do you figure out the mood, the atmosphere, the instruments that will fit the project?

DW: Video games are a collaboration of creative people. Everyone on the team always has their point of view to share. But a lot would have been derived from my imagination, and the features of the sound chips we had to work with. And the cues for the right moods would be understanding familiar cliches used in film and TV scores, and trying to suggest that with what was then a very limited sound pallet, especially on the NES.

RH: There’s an absolute, undeniable obsession with a specific track composed for DKC 2, ‘Stickerbrush Symphony’ (or ‘Bramble Blast’). It might be one of my favourite pieces of music ever and I know a lot of people who agree. Why do you think there’s a fascination with this track? Is there anything you can tell us or recall about the process of creating that piece from scratch?

DW: Technically, I was trying to emulate filter sweeps and synth effects – which of course the SNES can’t do as it doesn’t have a resonant filter. It was intended for a water level in DKC2, but as we didn’t have water, it probably wasn’t going to be used in DKC2. However, they made a brambles level, and whilst I would have made a completely different piece of music for a brambles level, we simply didn’t have enough time. So it stuck. 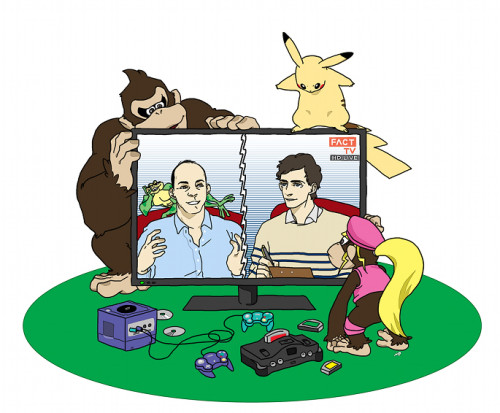 RH: I’m really curious about your take on working alone vs. collaborating. DKC was collaborative, DKC2 was solo, now DKC: Tropical Freeze has a soundtrack composed by both you and Kenji Yamamoto (another legend!) correct? For a video game composer, what is the whole collaborative process like? And what is more rewarding to you, solo or working with another musician?

DW: It was an absolute honour to work with Kenji Yamamoto. I mentioned earlier that I didn’t know of anyone else who was creating music for video games in the way that I did when I was working on the NES. However, in Japan, Yamamoto-san had an almost identical set-up to myself, and we lived our virtual parallel lives creating music for the NES. We only discovered the similarities when we met up over in Austin at Retro Studios at the beginning of development. I think it would be almost impossible these days not to collaborate with other musicians, and towards the end of the project the help Nintendo gave us was essential to delivering the project on time.

RH: The technology we use to produce music electronically advances so quickly, was there ever a point where it felt hard to keep up and remain creatively ahead of the curve (from NES-era to now with the Wii U)?

DW: I think we have certain expectations of how music should sound in 2014. When you consider the limitations of the SNES sound chip – by contrast – it takes a lot of CPU power and virtual VST synths to get something that sounds as powerful by today’s high standards. But that also provides a huge amount of creative freedom to work with, and is rewarding in a completely different way.

RH: What is your equipment set-up for producing and recording nowadays? Do you still use any of the old equipment you used back in the day or are you strictly software now? (nerd out as much as you want, producers love hearing this!)

RH: Do you keep up with games in general, ones you aren’t working on? If so, are there any contemporary games or composers that jump out as an inspiration right now?

DW: I continually keep an eye on games and game music. There really are so many inspirational composers around, and not just in games or film, but also TV and chart music or even someone playing down at the local pub. If it’s good, if it connects with me on an emotional level, whatever style or genre it is – then I’m very happy to listen to it.

RH: I’m excited to hear your new work for Tropical Freeze and am glad these new generations can keep hearing your work in these classic games. Anything else you’d like to say to fans or fellow nerds out there?

DW: The main thing I’d like to say is thank you to everyone who enjoys listening to the music I like to create. I love what I do and I feel very privileged to enjoy a career making music and experimenting with sound. 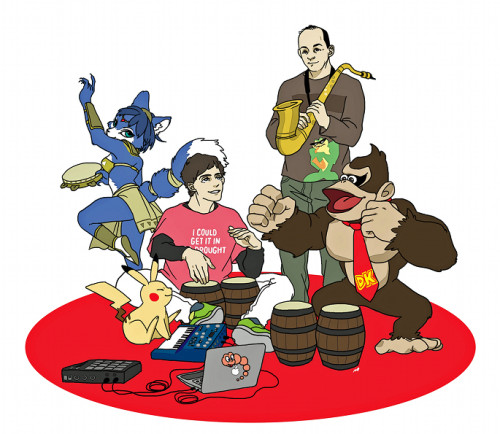