“British dance music takes itself so seriously. We like to say ‘f**k you’ to that a little bit”: Her Records interviewed 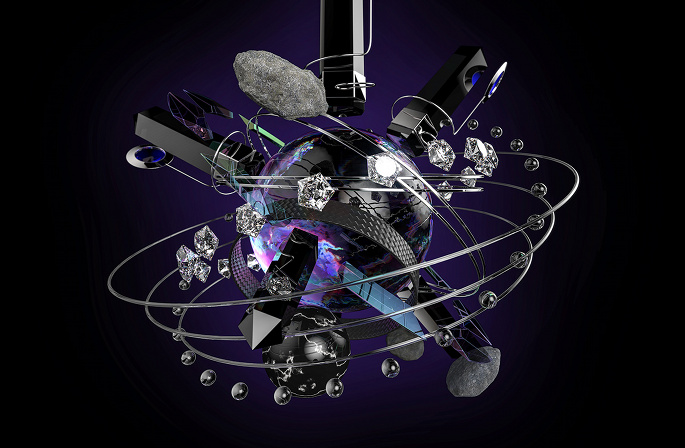 In most cases, you’d refer to a label releasing its best single to date on Christmas Eve a stupid move.

It’s worked pretty well for South London’s Her Records, however. The label – formed by secondary school friends Miss Modular, Sudanim and CYPHR, and later extended to include a fourth artist, Fraxinus – had been receiving the right kind of underground co-signs for several months, but it wasn’t until the release of Miss Modular’s ‘Reflector Pack’ last December 24th that things started to, in the label’s words, “snowball”. Just check how it swept the board on the first FACT Singles Club of 2014.

Since ‘Reflector Pack’, plenty of ink has been spilled over Her – where they’re coming from, where they fit in and what they’re influenced by – and subsequent singles by Sudanim [The Link EP] and CYPHR [‘Brace’ / ‘Gloss Finish’] has only accelerated that process. In the first in-depth interview with all four members of the group, Tom Lea hears their side of the story.

I thought a good place to start – considering how much of Her’s press so far has enforced an idea of what your influences are on you – would be to ask what you think the key things that inspire the label are.

Miss Modular: With all the Night Slugs stuff, I think Bok Bok phrased it most accurately when he was having a conversation with you [points at Sudanim] on Twitter – “obvious genealogy”. Obviously Classical Curves and Jam City have had a big impact on British club music, but it’s a natural genealogy.

CYPHR: There’s countless things around that sound like that.

Sudanim: What irks me is that there’s a lot of people around who are just taking the Club Constructions series and being like ‘right, I’m gonna do that!’. And some of it’s good! But like, we were talking to someone the other day and he said ‘well your music’s just drums anyway’, and it’s like ‘do you even listen to our shit?’. People make assumptions – like ‘oh, it’s this new post-Night Slugs drum track sound’ or whatever… We’re not even about that in the slightest! We haven’t released anything that’s just straight drums.

Fraxinus: I find that calling out compositions as ‘drum tracks’ or ‘DJ tools’ renders them a novelty. How can you really define a drum track? For example, there’s a lot of up-front music out there devoid of melody. You can’t start calling things like those DJ Tools, simply because they’re rugged and raw! It’s a term I try to avoid. 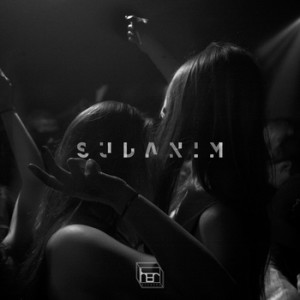 S: Night Slugs inspire me intellectually, if that makes sense. I really respect the strong concepts in their work, and their style of performance has influenced me a lot. But on a basic musical level I wouldn’t say they’re the first reference point for my stuff.

F: Aside from music, more recently I’ve been influenced by environment. Imagining where a track lives, or trying to fit a certain piece into a certain space. Sometimes I find it interesting to look away from music for inspiration.

MM: Totally. In terms of our musical influences… well, I’m mainly inspired by you and you [points at Sudanim and CYPHR].

S: This guy [Miss Modular] has always been my greatest influence.

MM: Yeah, I wonder if that’s healthy though – having this closed circle thing, whether it just becomes a big circle jerk. But then maybe that’s how you develop really forward-thinking music, bouncing off each other.

I don’t know about forward-thinking, but it’s definitely how you can develop a specific label sound, which I think Her is doing a good job at.

S: I could never gauge that. I can’t objectify it.

OK, but say you play the Her catalogue, from start to finish. With the last three releases [‘Reflector Pack’, The Link, ‘Gloss Finish’], you can really see something solidify. They all showcase something different, but they also interlink.

S: Also, the other thing is… I have a totally different idea of what the label sounds like because we’ve got all the unreleased stuff, that the public hasn’t heard.

F: That’s it, the newer stuff is really shaping what we are about.

MM: I think we do a lot of stuff in our music that… well, I think there’s a sense of fun that a lot of labels lack. British dance music takes itself so seriously, and it’s been my agenda for a while to combat that. We like to say ‘fuck you’ to that a little bit. Like ‘Brace’, CYPHR’s latest release, it has this big dramatic breakdown…

C: …That’s the most serious part of the EP!

MM: Yeah, but it’s so serious that…

Are we talking serious in the way that trance is serious?

MM: Yeah, exactly. It’s so earnest, it’s a big stadium moment in that song and I think a lot of people about right now wouldn’t risk.

S: We’re digressing. In terms of what influences us as producers, we’re as inspired by kuduro, and Jersey club, and TNGHT, and Lil Louis, and DJ Mustard, and Popcaan as we are Night Slugs.

You can see that hip-hop and dancehall influence on The Link.

S: Yeah, there were a few reviews that picked up on that early ’00s hip-hop influence. And I really obsess over DJ Mustard – we’re really into that sort of tempo. MM & I usually start our back to back sets around 100bpm. 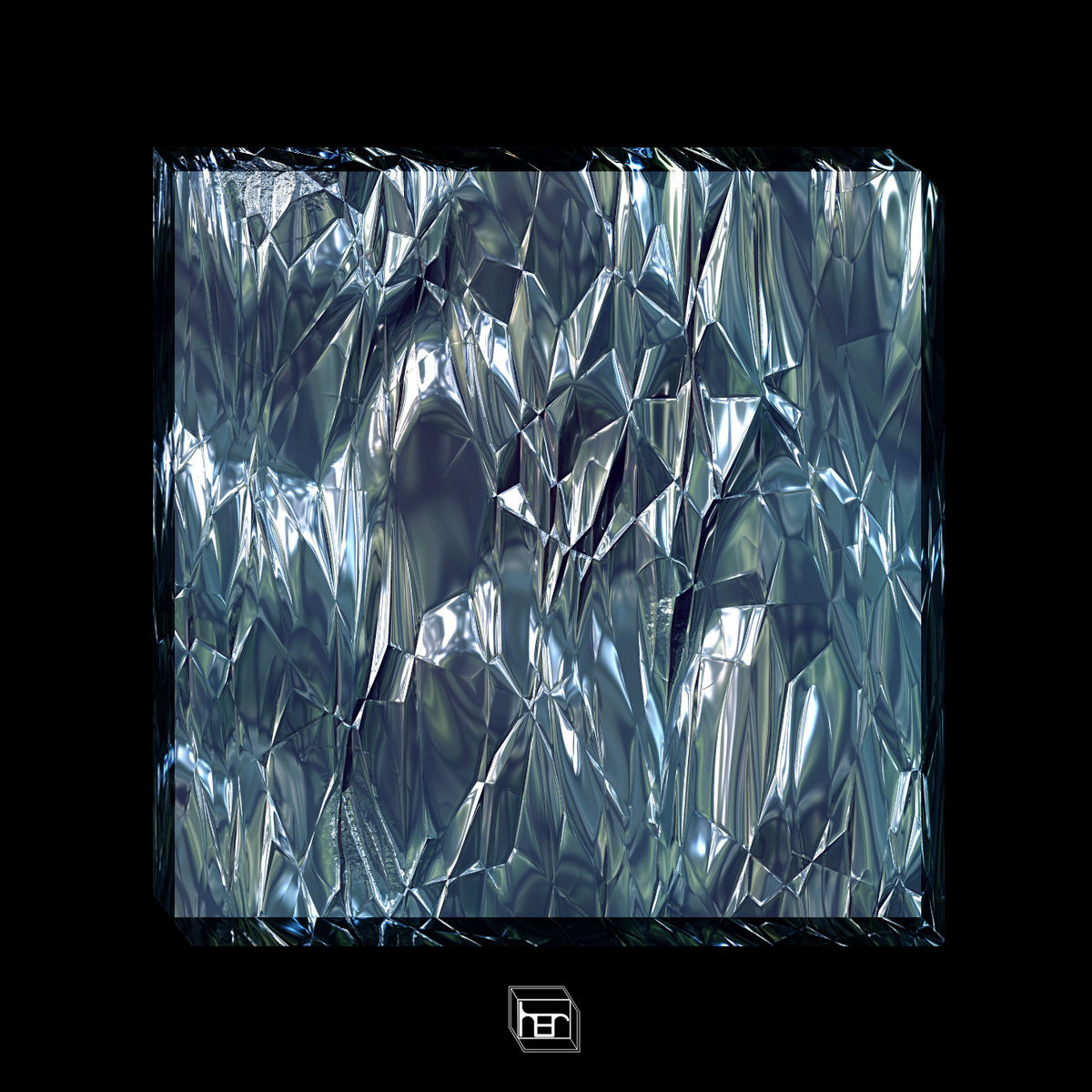 So how did Her start, like when did you guys first meet?

S: We all know each other from secondary school, except Fraxinus. CYPHR’s been in every musical project I’ve ever been involved in, since Year 7 or something. We were in bands. We met Miss Modular in this course, Creative & Media or something like that, when we were about Year 9? We noticed each other were making music, and it went from there.

Fast-forward to 2012, and that’s I suppose when we realised we were becoming quite musically in tune. MM had turned me onto a lot of good music that was really inspiring us and we were like ‘it’d be fun to run a label and represent all our friend’s music together’ – like ‘yeah, that’d be cool!’

S: And we were called Her Records, but it wasn’t a label then. It was just a page. We’d started parties in September 2012, then our New Year’s Eve party that year was meant to be a launch party for the label. But honestly, it wasn’t until the end of 2013, with ‘Reflector Pack’, that things really stepped up. We got in touch with [engineers] Jeremy Cox and Guy Fridge who threw themselves into that project to make it sound great in a very short space of time. We work very closely with Jeremy to keep the label moving. We owe a lot to him and Guy! Their intervention was the catalyst that got the ball really rolling.

There must have been something building before ‘Reflector Pack’ though – you had the Truants mix, and I remember Logos talking about your stuff that Autumn.

MM: Scratcha DVA was a big supporter early on. Our friend sent him a zip, and there was some real shit in it, but he’s got a really open ear and he picked out a couple of tracks that he started playing. He’s been a big influence on us actually, the way he’s not afraid to step out of his comfort zone with what he DJs. You hear tracks on Scratcha’s Rinse show that you’d never heard on other radio shows. 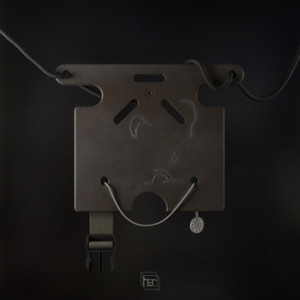 S: Madam X and Total Freedom were playing some of our tracks too, but it’s with ‘Reflector Pack’ that things have really snowballed. We did say in that Truants interview that our real statement was yet to come… Her004 [‘Reflector Pack’] really feels like Her001 for us.

MM: Yeah, and Her006 [‘Gloss Finish’] I really feel is our strongest so far. The simplicity of it, the two tracks, I think it really summarises what we’re trying to do.

What I really like about what you guys do, and it’s there on ‘Gloss Finish’, is that although at the foundation of most Her tracks is pretty drum-driven, drawing from that grime / ballroom / Jersey axis, they’re also pretty big – like big, piercing synth melodies. There’s a real light vs. dark, or stadium vs. small club contrast to it.

C: Well that comes from the Rustie and Hud Mo stuff to an extent, which really was one of our big influences early on. All those maximalist melodies, and huge synths, it’s beautiful.

MM: We were all mad for Glass Swords.

S: Like ‘Hover Traps’, with that ridiculous, cheesy slap bass lead… I still remember MM showing me that tune for the first time, I lost my shit entirely.

MM: The fact that he was daring enough to do something that silly in an underground dance context? I love that. Robert Hood, too, do you know that Floorplan track, ‘We Magnify His Name’? It’s so big, and the way it uses religious energy in a club way? It’s crazy.

It seems to me that you guys don’t have much of an interest in working with other labels, like you’d rather put all your focus into building up Her’s discography and reputation. Is that the case?

MM: There’s no one else I really wanna release with.

S: When asked if I’m interested in releasing with somebody, I often am! But really, if I make a track that I like enough to release, at this point I’d rather release it with Her.

There’s a downside to that of course – if you’re both the artist and the label head, there’s a quality control filter that’s totally lost… I mean me and Fred are running the label, and until CYPHR’s single, we were the predominant artists on it. It’s easy to get caught up in your own back-and-forth, in the same way that it’s also easy to get caught up in these little Twitter circles, thinking you’re doing big tings just because four guys favourite your shit. But now in my opinion CYPHR and Frax are the strongest in the camp, and suddenly i feel the ‘label’ dynamic makes more sense to me. I can’t wait to introduce some new faces…

So if Her’s found a rhythm with the last three releases, where is it going next?

MM: We’ve got high ambitions. For the moment, we want to keep putting out strong singles as a base – and then when the music’s right for bigger projects, like extended EPs, we’ll release them.

F: Yeah, Fraxinus single coming soon! I have a lot to live up to in terms of the last three Her releases but that’s what’s keeping me motivated.

S: In the immediate future we have Her Volume 3. A free download featuring 10 tracks from the Her crew and extended family. Following that we have three singles ready to go, EP announcements are around the corner! And CYPHR and I have an album hopefully looking at a winter release.

We just want to release as much quality as we can, as quickly as possible. I feel we’ve only just established ourselves as a label and we have a long way to go. To quote Jeremy [Cox], we’re on step 4 of 25. We don’t wanna cut corners, but we also don’t want to get bogged down in things that delay the music.