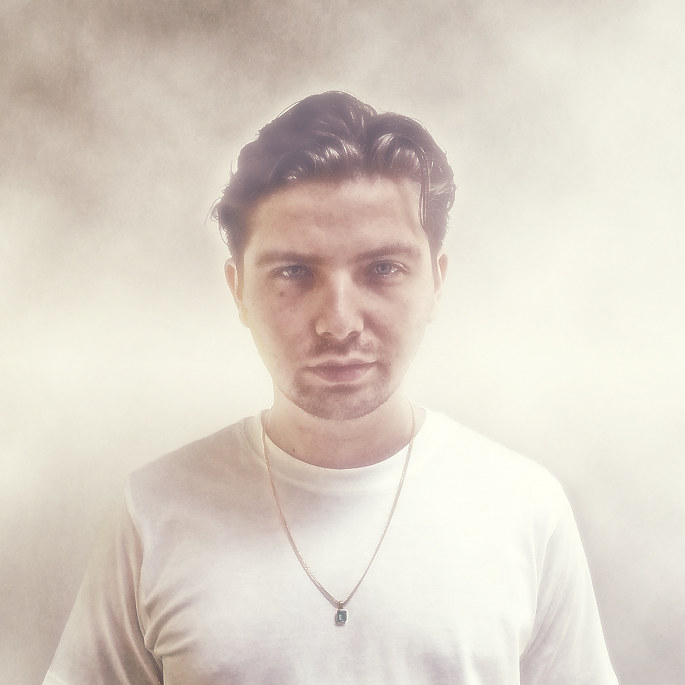 The way in which music is shared and consumed right now means that you can feel like you know an artist almost inside and out before their first ‘proper’ release even comes out.

Like many others who were gassed to all fuck on ‘Okishima Island’ and ‘Mishima Curse’, I initially linked Samename with a blossoming scene of producers whose mutations of grime’s signifiers helped usher in one of London’s best new club nights, Boxed. But like many of the artists associated or directly involved with that movement, whatever you want to call it, the music Samename has been making over the last couple years isn’t so easily identifiable as grime, or even dance music.

Samename’s debut EP, Yume, combines a rich pool of ideas with rare songwriting ability, from barrages of off-kilter Jersey club kicks, to bold re-interpretations of classic sino-grime melodies, even to meditative moments of running water, cicadas chirping and devices you’re more likely to find in relaxation apps or RPG healing points than Dalston’s largest collection of gunfingers. What brings it together is Samename’s ever-growing identity, which has never sounded so potent.

We spoke to Samename to get a little more insight into his first EP, which you can stream here on FACT ahead of its release on Pelican Fly next week.

While your tunes have always had a strong Japanese influence running through them this EP has really thrown them at the forefront. Even if we ignore the titles the tunes sound more rooted melodically in traditional eastern music than, let’s say grime or Jersey club music. How long have you identified with Japanese culture and what elements have the greatest influence on your music?

First of all, I want to make it clear I don’t identify with all of Japanese culture: there are certain aspects of it (i.e. certain Japanese composers, traditional Japanese instruments, Japanese Buddhism, video games, anime, art) that have influenced the record and my productions more heavily in the past year. I feel like there’s a huge obsession with Japanese culture at the moment and that generally a lot of it comes from a dishonest and naive place that can potentially be harmful and offensive.

Undoubtedly I’m inspired and influenced by certain aspects of Japanese culture but I made sure before starting this record, and while writing it, that If I wasn’t properly informed on something that I tried to educate myself as much as possible. I think if you’re going to draw influence and inspiration from something, the end product usually turns out miles better if you take the time out to find out about it in the first place. So I did this mostly because I’m interested in those particular aspects of Japanese culture. In wanting to get this record bang on I wanted to make sure I was citing these particular aspects correctly.

Let’s not mention the ‘S’ word, but do you think there’s a logical reason behind grime’s ongoing love affair with the east? In so many ways it’s felt an ideal match.

I’ve read so many producers’ and bloggers’ thoughts on this, but honestly I feel like people are dissecting it way too much. It’s funny in a way. Do people honestly believe that all grime producers influenced by eastern sounds are influenced for the same specific reason? I think each producer who’s cited eastern music probably has done for individual reasons, don’t you?

My influences are mainly Japanese, not Sino i.e. Chinese. Like I mentioned before, I’m into things that belong to Japanese culture but that was by no means a conscious decision… a lot of the time I just looked closer at what I was watching and listening to and it happened to be the case that it had been made in Japan. I think that’s probably the same for a lot of producers in that context, but there are probably countless other reasons too. Unless you’re able to have a one-to-one with every grime producer who’s cited it in their work, I think it’s almost pointless to look for one specific reason. I welcome that, it keeps things interesting not being able to pinpoint one reason and keeps things open to interpretation rather than providing a specific focal point that producers can focus on and then come up with something as a result.

“I feel like if your song just sounds like an old one and doesn’t add anything, you’re not adding to this dialogue in a healthy manner.”

The opening track ‘Sakura’ has a wicked re-interpolation of one of my all-time favourite grime instrumentals, ‘Chinese Water’. Intertextuality has always felt like a crucial part of your tunes (Battle Royale samples, Wiley’s plugsounds, Ha dance stabs) but it never feels cheap or forced. How important is it to you that you make those sounds your own?

I’ve never really thought about that too much. I think if you rewind to 3-4 years ago when I actually felt happy with just sharing my music with people, I wore my influences on my sleeve. The first explicitly ‘grime’ tune I made was a bootleg of ‘Stomp’, then half a year or so on I made that refix of ‘Colder’ which was a weird ballroom/grime crossover and now I’m at this stage where I feel like that it has been less forced in relation to mixing genres. I was using those samples almost like training wheels, whereas now I think explicit samples don’t run through my music as much as they used to, and I think I’ve got my own sound.

With re-writing that melody from ‘Chinese Water’ I thought it’d be interesting to flip it, use Japanese instrumentation on a Chinese melody and then expand upon what had already been done in order to make it my own. Making certain things sound like my own is very important to me. I believe as a musician, you subconsciously – or even consciously at times – participate in a musical dialogue with other producers. People bounce off each other all the time, some producers more than others, and as a consequence I feel like if your song just sounds like an old one and doesn’t add anything, you’re not adding to this dialogue in a healthy manner. I think things can get very stale quickly if that occurs. Whilst I’m not overly conscious of this when sitting down and making my music, I try my best to make sure I have done something which in my mind is fresh.

While there is an obvious grime influence, Yume sounds equally indebted to Jersey club and properly prog cinematic shit. Do you have any goals in mind when making your tunes, or is it simply a case of creating something you want to make? And do you ever consciously try to avoid making a tune that sounds too grime, too Jersey or too videogamey?

With my debut EP I wanted to show people what I’m about and create something that’s an obvious springboard for my future material. It’s dipping its toes in many oceans in my mind, but then again my influences come from many oceans. I guess I’m drawing from things I’ve grown up with and not all of them are musical, in a way this record is a tribute to things in my childhood, to the present and also my interest in club music which goes back to as far back as I can remember becoming conscious of different types of music as a kid (my father was heavily into house and deeply involved in the club scene).

My goal, like it always has been, is to create because I want to and because it’s an enjoyable process. Alongside that, now that I’ve got my first EP finished, I want to progress from there and make songs that are aimed at the club specifically or stuff that’s specifically made to listen to at home or to be heard in a game/movie if I were to score the OST.

How long do you usually spend on a tune?

This varies a lot, and can sometimes run to an unhealthy amount. If someone sets me a deadline, it’s almost impossible to tell if I’ll keep to it, finish it before or finish it months after. There have been times I’ve done things in a day and there have been times where I’ve spent half a year on a production. That’s pretty similar in regard to the EP.

I spent so long on ‘Shinigami’ and it never really wore me down mentally but with ‘Gishiki’ I had one horrific nightmare because of it – the worst of my life in fact – and that really delayed the process. There were some peculiar happenings related to that track; it really spooked me. With the other two tracks on the EP, ‘Sakura’ and ‘Nuriko’, it was just the standard job except I went back and brushed them up numerous times, more than I usually do, as I felt like I wanted my debut to be something extra special. There’s a big back-story with all the EP tracks and the name Yume is a hint at that. Each track has a story to it and there is also an overall story collectively but I want to keep that open to interpretation for now.

Do you have any plans for anything after this EP?

I’ve just finished university this week, so hopefully I’m going to be immersing myself in writing new material. I’ve got ideas for my next record and I think I’m ready to lay them down now. Apart from collaborating with a few people, which I’ve only recently started to open up to, I’m just going to keep trying to push my sound forward in a way that I find interesting. Musically, I feel like I’m still just teething and I’ve got a long, long way to go before I can call myself an accomplished producer, but that’s something I really welcome.