And this one time…the best Bandcamp releases of the month: June 2014 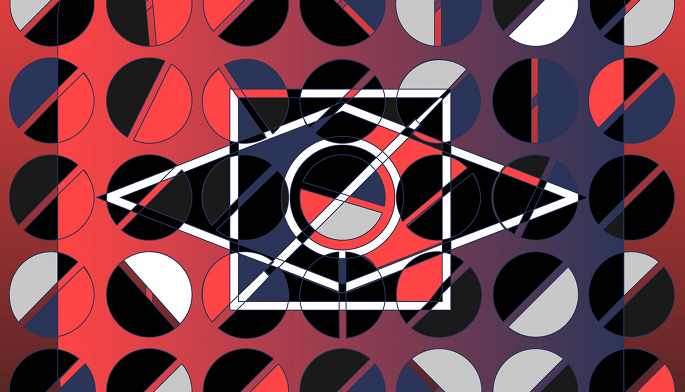 This past April, Pitchfork ran a lengthy feature on the history of Billboard’s charts that focused on the issues its R&B and Hip Hop chart has faced over the decades.

The main takeaway is thus: having managed to create a pool of data for its r’n’b/hip hop chart that was a true representation of both the industry (shops, radio) and the core audience, it all went down the drain in the 2010s when digital data began to replace core audience data, which had become increasingly hard to track as shops disappeared. The result is that the magazine’s specific charts are now simply genre-ified versions of its Top 100 chart. In his conclusion, the author points to recent work by The Echo Nest in showcasing the data that can be gleaned from Spotify as a potential fix for the charts. As streaming continues to grow, including data users give platforms about location and habits, there is indeed the potential to see ‘realistic’ audience behaviour towards artists and songs.

While reading this, I kept thinking back to Bandcamp and its own growing ecosystem of music content and user behaviour. While the platform has done much in terms of locking users in – with a radio show, curated selections and the likes – and bringing them back to the site as they would iTunes or Spotify, there is perhaps potential to start doing something chart-like with all the data they’re sitting on. Unlike iTunes, Bandcamp does give its content-creating users fairly refined data about those who buy or download their music. So the data is there and available. The user base, both in terms of content creators and buyers, also seems to be growing nicely. When I started the column last year, the homepage overall sales amount was something like 30 to 40 million dollars. As I write this it stands at 72.

A Bandcamp chart compiled from the data at hand would provide an interesting snapshot of the listening and buying patterns of independent fans, and if you then were to extend this to other ‘smaller’ buying platforms – like major online shops such as Boomkat or even Bandcamp-like all-in-one ecosystems – you may start to see something of real value for the so-called independent side of the music industry. Considering how much is made of the changes the industry has faced and the democratisation of content creation, a chart, or series of charts, that reflected the music most bought and listened to by those who are supporting at the grassroots would not only serve independent labels and artists – at the very least by cutting through a lot of PR bullshit – but it could also help the mainstream and higher layers of the industry. As someone put it to me recently, the new game is pennies, not thousands of dollars. So why not make all the pennies count.

As for this month’s column, we have a decidedly experimental flavour, with electronic music from Japan, the latest Hy Brazil instalment, rap and neo soul from Detroit, jazz from Brussels and more.

I first discovered the beautifully surreal genius of Tatsumi, a Japanese monk who beatboxes and cuts, a few years ago when I got involved with the KanZeOn documentary. Recently, the film makers behind the documentary got in touch to say that Tatsumi had completed an album while also announcing that he had sadly been diagnosed with a serious illness. My colleague Joe Muggs covered the story for FACT in April, speaking to Tatsumi from his hospital bed. The album is released this month exclusively on Bandcamp. Across its 8 tracks, it covers a staggering amount of electronic music history, coming across like a time capsule while also remaining brutally honest.

The embed above is for a two-track taster, check back on June 21 for the full release.

Rio’s Chico Dub returns with the fifth instalment of his Hy Brazil series, showcasing the best of the country’s experimental music scenes. I first came across the Bandcamp series shortly after the column started last year, and this felt like a good time to refresh readers who may have missed the first recommendation. As always the selection is broad, spanning drone, noise, avant-garde rock and electronic experiments. The vibe is quite dark this time around, but don’t let that put you off – Hy Brazil is a great insight into the dizzying array of experimentalism running through the country.

Throwback moment. Stumbled across this compilation earlier this month, and while it dates back to 2005, it’s rather timely, as I’ve just finished a feature on neo soul’s legacy. Overseen by Mahogani Music’s mastermind Kenny Dixon Jr.  aka Moodyman, the 11-track compilation features a raft of Detroit talent throwing down some serious soul and vibes, from the classic to the upbeat. Includes the likes of Andres alongside lesser-known talents such as Dwayne Morgan, Charles Webster and more. Get busy.

ROLL THE DICE
Until Silence

Here’s some brutal minimalism to shake up your day. Until Silence is the third chapter in a historical narrative created by Stockholm-based duo Roll The Dice. The debut chronicled its characters’ pastoral existence in pre-industrial times, its follow up saw them trapped in the pits of working life in an industrial metropolis, and now they are free from the factory floors only to find themselves in the midst of social turmoil and impending war. Cue ominous compositions performed on pianos and keys, shiver-inducing effects and a mood that will chill you to the bone.

Ladies and gents, makes space for one of the most underrated, OG rappers and producers. Ta’Raach is somewhat of a legend in the indie game, especially when it comes to the L.A. beat explosion of the late 2000s. The Detroit native has long been hailed as a creative powerhouse by those that know, releasing under his own name as well as Lacks and Dill Clinton (alongside the late Jay Dee). And if that wasn’t enough, Flying Lotus mentioned that he’d originally pitched for one of Raach’s classic instrumentals to be included in his GTA V radio station, but it unfortunately never came to fruition.

Belgian trio Herrmutt Lobby are arguably best known for their work in hip hop and electronic music, working exclusively off grid – so much so, in fact, that they designed one of the best iPad apps for those seeking to inject some humanity in their music, Beat Surfing (they work closely with indie developers on technical extensions and applications of their music). All of their recorded and live output is performed as such, veering from swung out beats to chest-pounding drops, all with an unquantized feel that has become their sonic trademark. On Midi + Demi (which, in French, can also mean half midday), they indulge their interests in jazz with 60 minutes of music that touches on the classic and modern without sounding dated or forced. Herrmutt Lobby’s musical world is vast, they’re constantly pushing at the limits of what they can do, and this latest endeavor shows just how interesting they can get when they hit the sweet spot.

Our last release for this month comes from the excellent RNVG Intl. label,home to albums from Julia Holter and Maximillion Dunbar and the FRKWYS series. In May, they announced A Period Of Review, collecting vintage works from ambient producer K. Leimer. The Seattle-based composer is regarded as somewhat of a pioneer for his generative compositions. On offer are 30 previously unheard tracks from Leimer’s archive, as well as beautiful packaging, liner notes and mastering that involved Leimer himself, who is still active to this day. For some reason, the Bandcamp is still only showing one track as streamable, but you can head over to their website for more.

Searching for the perfect tag
THE VICKERS
Ghosts

Continuing on last month’s decision to explore location-based tags for this part of the column, this month I had a (quick) look at Greece and ended up on the page for Inner Ear, a label based out of Patras. With a clear leaning for indie rock, I settled on The Vickers, ironically an Italian psych band who sing in English.

Ghosts lines up 10 tracks of psych rock that draws from the genre’s ’60s and ’70s heyday, but strikes a more modern chord in the overall cleanliness of the sound.