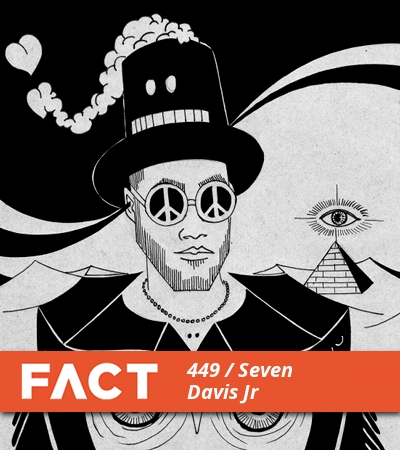 It could have all been so different for Seven Davis Jr.

Raised on a diet of Prince and Stevie Wonder, the teenage Samuel Davis was headed for mainstream success as a gospel singer until his growing taste for underground hip-hop, scuffed house and various strains of funkified cosmic slop lured him far off the beaten path, as he revealed to FACT earlier this year.

Spending the next few years orbiting the spotlight as a hip-hop ghostwriter, session vocalist, script writer and poet, the LA-based Davis finally got his break through Low End Theory DJ Kutmah, who caught wind of his early Dam-Funk-esque bedroom funk experiments and released them as The Lost Tapes Vol. 1 last year. But the real head-turner came with 2013’s glorious disco-house gem ‘One’, the track that turned Davis’ 15-year journey into an overnight success story.

After following that up with an EP on Funkineven’s Apron label earlier this year, next month Davis joins Luke Solomon and Derrick Carter’s Classic Music Company for a new 12″, ‘Friends’. In the meantime, buckle up and prepare for a voyage through scratchy techno, heat-warped disco and dusty, funk-flecked soul on his crate-scraping FACT mix, which includes a couple of SDJR-stamped remixes to boot.