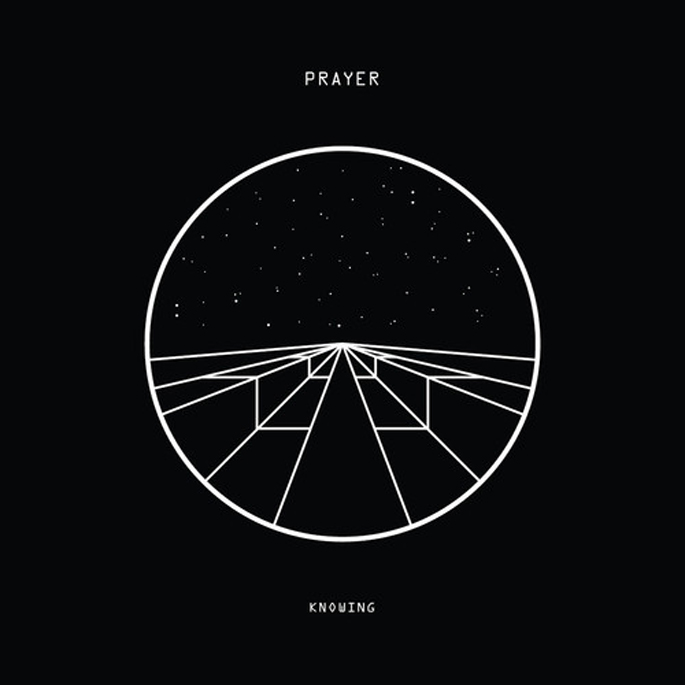 Prayer is nervous. After a year of anonymity on Zomby’s mystique-shrouded label Cult Music, he’s going it alone to release a new EP, and this is his first interview. But while there’s a masked elephant in the room, Prayer’s music speaks for itself.

Though he’s not keen to reveal his real name (in part because he shares it with a celebrity, so you wouldn’t have much luck googling him anyway), he’s happy for people to know a little more about him than they have for the past year, during which time he’s put out the luxuriant single ‘The Two Halves’ on a split 12” with another Cult artist, Forever Forever, and remixed Darkstar. Prayer is 23 years old and from the Midlands, where funnily enough, we grew up in the same town; at school, he played classical guitar and piano. He went on to study music at university before moving to London, where he’s been quietly building a catalogue of vocal-tinged tracks full of twilight ambience.

Which brings us to now: sat in a Dalston coffee shop, Prayer tells me he’s sitting on loads of material, both as a solo artist and as one half of the duo Kollaps, and he can’t wait to get it out there. The first offering is his Knowing EP, which you can download for free from the Soundcloud player below. Mixing pitch-shifted vocals with a minimalist sensibility derived from his love of Phillip Glass and Michael Nyman, Knowing is unmistakably London and yet has a patience and a spaciousness that forms a peaceful oasis from the city’s noise.

When I ask Prayer about his time with Cult Music, he smiles apologetically as he delivers the party line (“I think it’s great…I just wanted to move in another direction”) but the glimpses that make it through paint a picture of an artist so passionate about his music that although the glamour of a hyper-exclusive, fashion-conscious label run by an anonymous figurehead appeals, he’d be happier just sharing his compositions direct.

How did you get involved with Cult Music in the first place?

It was through a mutual friend; [the other half of Kollaps] was a close friend of Zomby, so I sent him over my music and we started working together. The first single, ‘The Two Halves’, was premiered on Benji B about a year ago, as a sort of ‘unknown producer’ type thing. We had a few Radio 1 plays, then the Darkstar/Kollaps thing happened.

What’s the process been like, being part of that label? It seems like a very close-knit thing.

Yeah, it has been. It’s all my close friends, to be honest.

Are you still working with Kollaps?

Yeah, we’ll move forward with Kollaps. There’s just so much material. I’m not sure what we’re going to put out yet, but I’ve got a rough idea. More original stuff. Same with Prayer, there’s tons of material waiting to go, so that’s why I’m putting this EP out.

It’s all got that overriding orchestral, cinematic feel. There’s a lot of solo piano stuff as well.

How would you say your music has changed between ‘The Two Halves’ and now?

What do you feel like you’ve learnt from this process that would be helpful to new artists starting out?

I think just explore as many avenues as you can. The good thing about Cult, I liked it so much because it’s not just throwing all the tracks onto Soundcloud blindly.

Is anonymity something you would have been interested in preserving anyway, or did choices like that arise from being connected to Cult Music?

It was a mutual thing, all the decisions were mutual. The point about Cult that I still agree with now is it’s all about the music, obviously. So it’s something I’ll carry on with, but not to an extreme. I won’t be completely anonymous, but I don’t want to throw everything out there like “hey, here I am.” I think from both angles people push it too far in different directions – certain people are all over the place, certain people are completely hidden. But it’s of course dependent on what best suits the artist’s music.

You don’t have a Twitter presence or anything – is that a deliberate choice?

Yeah, for the moment I’ll steer clear of Twitter. I’ll keep to the music. I’m quite a reserved person, so I don’t feel the need to go on social media – obviously it’s kind of a necessary tool, but I just want to see how things develop.

You came from a classical guitar and piano background, and you studied music; what’s the relationship between your classical brain and your producer brain?

Yeah, at university I studied all the classic composers in depth such as Beethoven, Brahms, Stravinsky – and it just sort of developed from there as I got more into composition. I came into electronic music from an avant garde angle, making acousmatic music – I was listening to composers like Denis Smalley and Claude Risset and constructing music with found sound. Once I started hearing people like, obviously Burial, and I guess Clams Casino and Holy Other I started making more beat-based music – I was always drawn to tonality, so that’s how I ended up writing the type of music I do now.

Do you see it as composition?

Yeah, I do. When I’m writing I’ve got the big 88 keyboard out. When I’m picking synthesizers it’s sort of a reflection – because I studied orchestration, the use of classical instruments – it’s a reflection of that, but in electronic music. For every part I’m writing down, it’s imitating a string, or woodwind or brass part. I treat the drums orchestrally as well.

Is composing film soundtracks is something you’d like to go into?

Yeah, that was always the thing I thought I’d be doing first, to be honest. And obviously with film music now, it’s turned around from acoustic to mainly electronic scores, so that’s definitely something I’m interested in for the future.