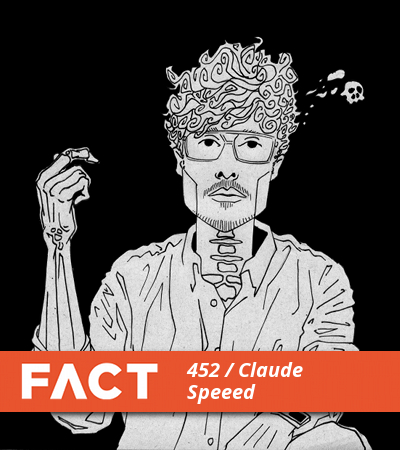 LuckyMe’s Claude Speeed toasts his debut album My Skeleton with a Summer mix for FACT.

Speeed may have labelled this his Summer mix, but it isn’t all sunshine and good times – instead, it’s somewhere between Kanye’s Cruel Summer and Fennesz’s Endless one. 90+ minutes in length, it hypnotises you with a succession of beatless music by CFCF, Sevendeaths, Tim Hecker and Speeed himself… then, at the mix’s climax, the world comes crashing in on you.

Speeed has always had one hell of a way with a mix, though. Formerly of American Men, Claude’s session with LuckyMe’s Dominic Flannigan (who is sampled at the start of this mix) for Goodhood’s London store was in constant rotation at FACT’s office, and it’s been no different for this one. My Skeleton, his long-awaited solo debut, is out today.