No Gravity: Werkdiscs’ Moiré on the Hamburg studio that birthed Shelter, and the five key synths behind the album’s sound

Due on August 18 on Werkdiscs / Ninja Tune, Moiré‘s Shelter is an album of – ahem – blurred lines. With nods to both the faded house of Actress and the more high-res fare of Carl Craig, it’s one of the year’s most beguiling dance albums.

Part of Shelter’s appeal comes from the way it plays with definition – it’s as gloopy as it is gossamer, and much of that is due to Hamburg’s Synthesiser Studio, where Moiré recorded much of the album. Here, he writes about how working in that studio shaped the album, and highlights five of the key synthesisers behind its sound.

I met Katja Ruge, Sunny and Frank (studio owners, engineers and producers) many years ago at a synth exhibition they were putting on at Kunsthaus, Graz in Austria.

At that time I was working on a mad AV installation with two pianists, Francesco Tristano and Kevin Sholar, using the actual digital facade of this gallery. Katja, Sunny and Frank just turned up with a van full of synths and had an amazing synth exhibition in the gallery next to us. 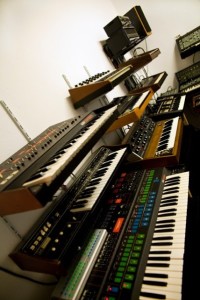 It was incredible, it was a full on working studio in the gallery filled with some of the rarest gear that you could play on. We became friends and I was always into the idea of maybe doing something with these machines. They invited me to come to Hamburg and I was hooked, I started coming to party and hang out. I think I probably played one of my first DJ sets at Golden Pudel.

Some time later Katja, Sunny and Frank set up the studio in Hamburg, in a Second World War bunker which is also one of the main clubs in town ( Uebel & Gefährlich), where Sunny and Frank work as engineers. That was it, the studio was alive and I couldn’t stop myself from getting into it.

The studio gave me a certain feeling that I needed and wanted for my album. Every time I would go in, it was a new story about music or composition. Unique-sounding gear definitely did affect my sonics and allow me to develop the particular patterns I was after. However, the process and time it took to record was as important. I was working on the idea for the album for a while – trying to find the reason for it was as important as the music for me. 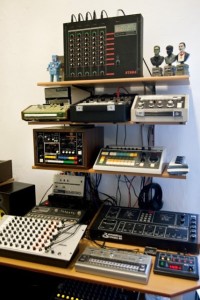 I had loads of sketches, but I was not sure which direction to take until I got into the studio and used some of the machines. Being able to sequence multiple synths at the same time really helped me to understand what I was looking for in my compositions and arrangement.

The time it takes to figure out what you are doing and what you want to achieve was priceless.
Sessions would constantly evolve. Depending on the situation I would focus only on one sound I liked, then maybe on the sequence, and other times I would play for hours, just jam and get involved in the physicality of playing music on synths.

I would have certain synths on for many hours, recording everything. Engagement with real instruments helped me to bring a certain atmosphere and freedom that I wanted in my music – not holding to any grids or rules. It was very hard to choose, but these are five of my favorites. 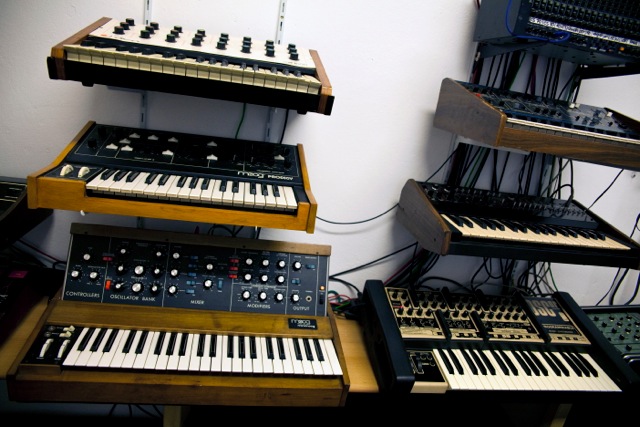 Finally being able to play on the real thing was amazing, great for bass and leads. 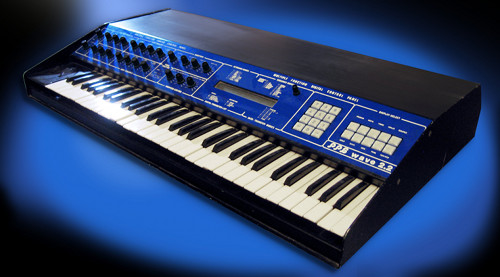 I like this one because of its complexity, I heard it took many months of programming to get it to work – it’s half analog and digital. It has a constantly evolving sound, oscillators that can generate over 2,000 different single-cycle 8-bit digital waveforms meaning it never ever sounds the same but it makes sense, I love listening to it for hours. 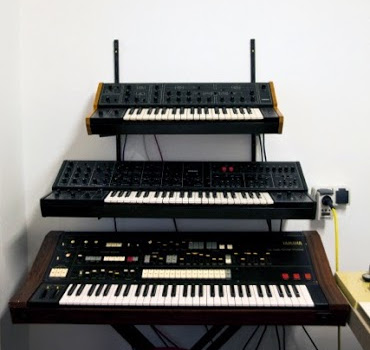 It is a dark, raw, totally mad, unpredictable synth – this particular one had all symbols in Japanese and loads of controls to shape your sound – it always gives you the opposite of what you expect! That is one of the machines that can be left to sequence for hours or days. 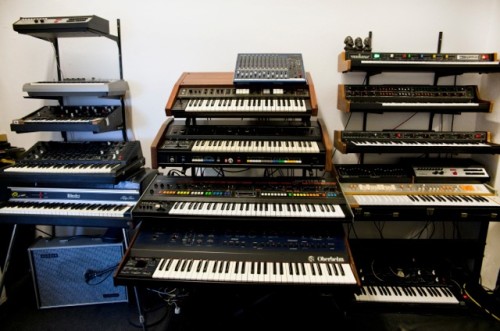 An all-around amazing machine. I love its design, it so intuitive. The characteristic warmth and great fast envelopes, it feels and sounds very organic and also mad. It has an amazing arpeggiator and sounds great sequenced by a new synth like the (Teenage Engineering) OP-1. 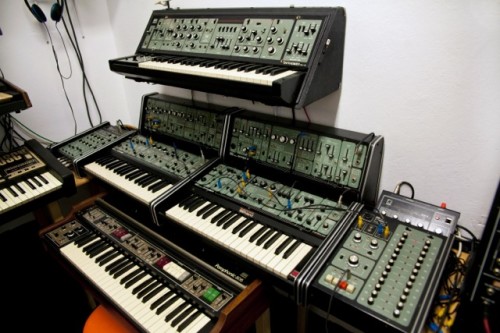 I like that’s semi-modular and has no MIDI so you need to work on it as it is – it needs dedication and time to understand it. Its unique sound makes it worth it though.

Shelter is out on August 18 through Werkdiscs / Ninja Tune. All photos by Katja Ruge, bar the PPG Wave 2.2.

For more FACT on synths, check out The 14 Synthesisers That Shaped Modern Music.