Kevin Saunderson, Inner City and the inside story of ‘Big Fun’ 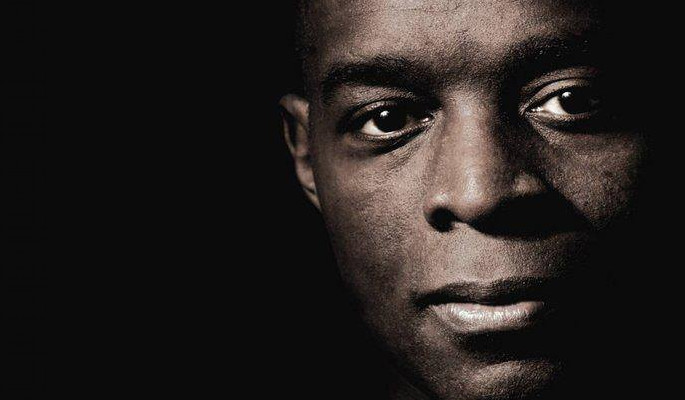 All week on FACT, we’re celebrating #RaveWeek. Following a FACT mix from pioneering Detroit techno producer Kevin Saunderson and the long-awaited sequel to Joe Muggs’ Rubbish Raver memoir, we get the inside story on one of house music’s all-time classics, ‘Big Fun’. Produced by Kevin Saunderson and sung by Paris Grey, the full story of the 1988 single also features Derrick May, Juan Atkins, James Pennington and more. We asked Saunderson for the full scoop.

Don’t forget: Saunderson is playing 51st State and FACT’s stage at London’s Ceremony Festival later this month. For more on that, head here.

“This record actually started with me and James Pennington. I was at his studio, we caught this vibe, and it became the foundation of Inner City – the famous Inner City sound. It was a chord, sampled, one note, spread through the keyboards and replayed, mixed down with a pad and a few other sounds. We had this unique sound.

“That was kind of the birth. There was no group name then, it was just creation. So I kept developing the track, and I ran into this guy about six months later, a guy named Terry ‘Housemaster’ Baldwin. By then the track had drums, we came up with some other parts for it, another guy I was working with at time Art Forest added some traditional piano. At that time I couldn’t play piano like a keyboardist could. I could find notes, play notes, but it was still early in my career.”

“So [Art] did the solo on ‘Big Fun’, the one that comes towards the middle of the record, and a couple other parts. It was a true team effort. So I ran into Terry, and he was like ‘my singer would be great for this record’. We were just sharing each other’s tunes, like ‘here’s what I’m working on, what’re you working on’, and he was like ‘check her out, she’d be great for this record’. So he introduced me to her, her name was Paris Grey, she’d sung on a couple of Chicago guys’ records previously so I’d her heard her voice. We spoke, I gave her the track, and maybe a month later she came back and said she had it done.

“I said ‘OK, well let me hear it’. So she played it over the phone – well, she sung it over the phone – and instantly I fell in love with it. My goal when I created music was not for everything to be one style, but I wanted everything to fit into the club. So the rest of this track, the way it was going and the way she wrote to it, was perfect. It wasn’t necessarily the darkest, most underground track that I’ve ever done, but it wasn’t commercial either. But these lyrics, and her melody, just sent it over the top. Her voice was just so unique, it was an instrument by itself.

“So that’s how ‘Big Fun’ started. From there, I brought Paris to Detroit to record it in Juan Atkins’ studio, ’cause when I recorded the original music I only used eight tracks – well, really seven tracks, and one for sync. I needed more tracks, so I took it to Juan Atkins’ studio – his studio had at least 16 tracks, so I was able to add her vocals and some other percussion. Juan did the first mix on it, he had more experience so I asked him to do a mix on it, and he really helped shape it.

“After then, it sat on a compilation – a techno compilation from 10 Records called Techno! The New Dance Sound of Detroit – and I also released it on my label. I had Derrick May do an edit, and that was it. We put it out on KMS, and it was a really hard task keeping with the demand of the record. I had pressing plants bootlegging my record ’cause I couldn’t keep up with it. It was so hot, I might have sold 40, 50, 60 thousand records on my own, which was amazing, but I still had much more to sell. I didn’t want bootleg copies to be all over the country – all over the world – so I ended up licensing it to 10 Records which was a sub-label of Virgin at the time. That’s how it all formed, and that’s how we got into the next record and how we got into the album.

“Paris was reluctant to travel, to do videos, to do anything. She was used to singing on someone’s track in Chicago, getting a couple of hundred dollars, and she was happy. She worked in a make-up department in a store in Chicago, but through time I got her to travel and do the video for ‘Big Fun’. If you watch the ‘Big Fun’ video, you’ll see there are two girls, one in red and one in yellow. The girl in yellow is Paris. The girl in red is another female singer I met in Detroit, who I was gonna use because Paris said she wouldn’t travel to London. A day, or two days before the video was being shot we were in London, and Paris said ‘OK, I’ll come’. I wasn’t gonna deny Paris, who wrote and sung the song, but at the same time it was complicated because this other girl was there who, although she didn’t sing it, was gonna be the face at the time. That’s why both of them are singing in the video.”