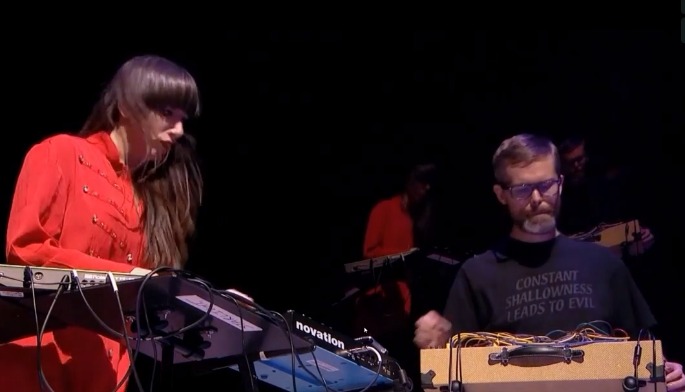 Footage of this major world event has now emerged.

Last week we were stunned and delighted to discover that quiet techno rogue Surgeon had opened for Lady Gaga on her #ARTRAVE tour. The Brummie producer was invited to get involved by Gaga’s regular support act Lady Starlight, who performs a hardware set each night to thousands of unsuspecting little monsters, and also happens to be a massive Surgeon fan.

The producer, who wore his nice Coil T-shirt for the occasion, revealed last week that Lady Starlight is “like the techno sister that I was separated from at birth.”

“We realised that we shared many, many core ideas on music, art and performance,” he said. “Lady Gaga came out to see our set and she could see the energy we created and was very enthusiastic about it. So much so that she asked us to perform together at their last tour date in Paris.

“Of course we knew it would surprise people. It’s so absurd, I would never have imagined it in a million years before we met, but when the universe holds up such a massive sign, I have to pay attention. It’s been a chance to really provoke people and force them to assess their ideas on the connections between different styles of music.”