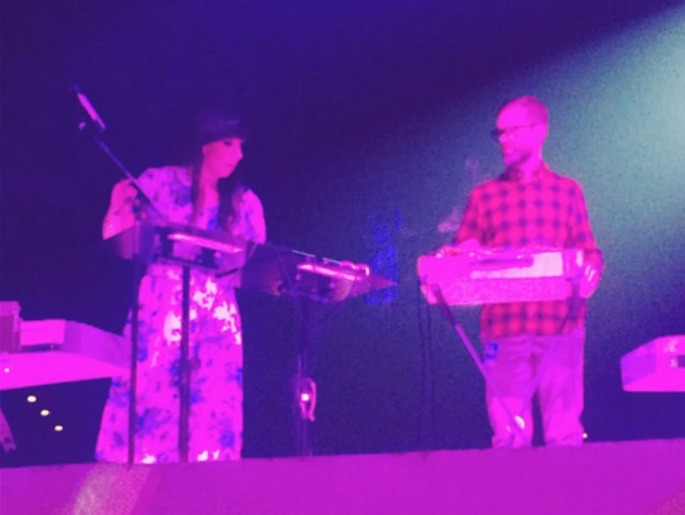 We have no explanation.

Lady Gaga’s warm-up act on her current #ARTRAVE tour is her pal Lady Starlight (no relation, we don’t think), who opens each night by banging out some techno into the eager faces of Gaga’s Little Monsters. We approve.

Last night the New York City-based DJ and producer was joined on stage by an unlikely accomplice – Brummie techno icon Surgeon. Gaga posted a video to Instagram with the caption: “@ladystarlightny and a Surgeon are on stage! #realDjs #playlive THIS SHIT IS SO INCREDIBLE”.

Prett-ay incredible. Watch it below and check out Surgeon’s wonderful ambient set from Freerotation this year. 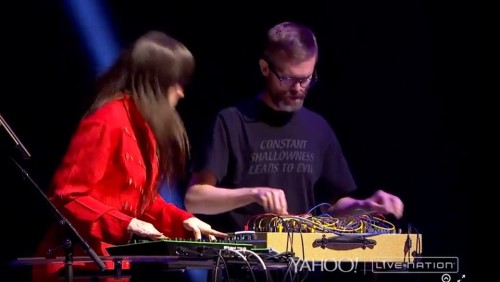 The Yahoo livestream of Gaga’s Paris show clearly captures the message on Tony’s T-shirt: “Constant shallowness leads to evil”. Thanks to Dekmantel for the spot.

Update, Nov 27, 16.30 GMT: As Surgeon has pointed out, the t-shirt is a Coil reference and there’s “no shade” directed at Gaga there. That told us.

He’s also revealed that Lady Starlight is “like the techno sister that I was separated from at birth.”

The two met after a Lady Gaga show in Birmingham, where Surgeon was naturally in attendance, as he told Bloc in an interview this week.

“We realised that we shared many, many core ideas on music, art and performance,” he said. “Lady Gaga came out to see our set and she could see the energy we created and was very enthusiastic about it. So much so that she asked us to perform together at their last tour date in Paris.

“Of course we knew it would surprise people. It’s so absurd, I would never have imagined it in a million years before we met, but when the universe holds up such a massive sign, I have to pay attention. It’s been a chance to really provoke people and force them to assess their ideas on the connections between different styles of music.”

@ladystarlightny and a Surgeon are on stage! #realDjs #playlive THIS SHIT IS SO INCREDIBLE