Madonna’s new album leaks before it’s even been announced 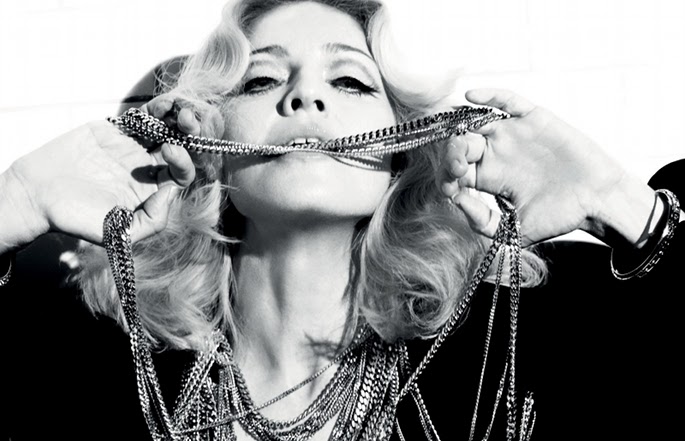 Madonna’s new album has surfaced online in unfinished form – before it’s even been officially announced.

The album she’s been working on this year is titled Iconic on the leaked version, and features 13 tracks including the previously confirmed songs ‘Rebel Heart’, ‘Bitch I’m Madonna’ (rumoured to be produced by SOPHIE and Diplo), ‘Joan of Arc’ and ‘Make the Devil Pray’, as Digital Spy reports.

Madge hasn’t even announced an official title or release date for the album yet, but it was expected to appear some time in 2015. We already know that she’s been collaborating with a wide range of producers and songwriters, including Diplo, Nicki Minaj and cute-pop whizz SOPHIE – and that’s just on one tantalising track. Other collaborators could include Brit producer MNEK and the Midas touch of Vampire Weekend producer Ariel Rechtshaid, or even dance exports Disclosure.

Update: Madonna has dismissed the leak as “unfinished demos stolen long ago”.

The singer took to Instagram to tell fans that the tracks were “not ready to be presented to the world.”

She wrote: “Thank you for not listening! Thank you for your loyalty! Thank you for waiting and if you have heard please know they are unfinished demos stolen long ago and not ready to be presented to the world.”

In another post, later deleted, she wrote: “This is artistic rape!! These are early leaked demos, half of which won’t make it on my album. The other half have changed and evolved.

“This is a form of terrorism. Wtf!!!! Why do people want to destroy artistic process??? Why steal? Why not give me the opportunity to finish and give you my very best?”