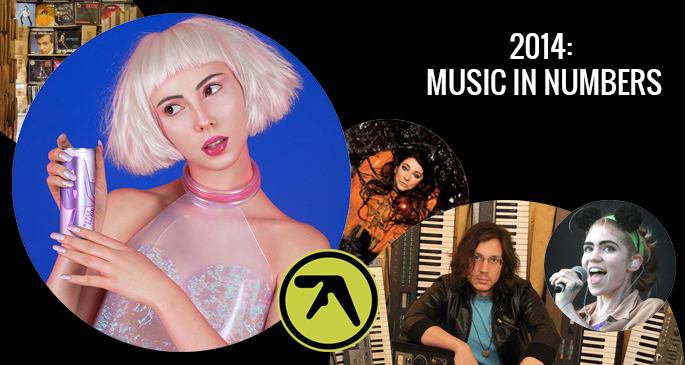 In an infographic designed by FACT’s Arianna Power, we boil 2014 down to its key numbers, from the 139 pieces of gear Aphex Twin used on Syro and the 40,100 Google results you’ll get when you search “PC Music + divisive”, to the 16 mixtapes that Gucci Mane released from jail and what’s surely the highest Discogs rating of all time. Open it up here, and check out the rest of our end of 2014 features below.