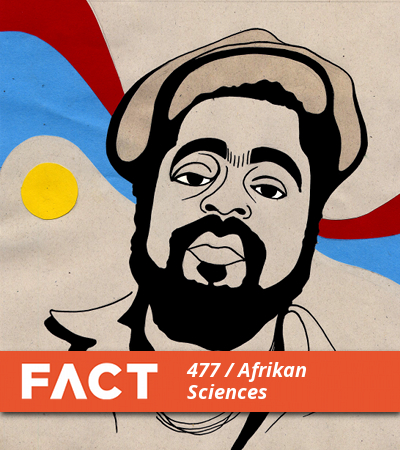 Take a trip to Saturn with Afrikan Sciences, as he follows last year’s Circuitous with a FACT mix.

As Afrikan Sciences, Eric Douglas Porter has spent the last half-decade drawing from afro-futurism, science fiction, hip-hop, jazz and house to create his own sonic world.

He wears his influences on his sleeve – there’s very clear elements of Sun Ra, Alice Coltrane, Theo Parrish and Rick Wade to his records, and his approach bears similarities to Madteo and Bill Kouligas’s PAN label, who released Circuitous – but this is an act mostly out on his own, thumbing his nose at established conventions of tempo, finish and structure.

Until Circuitous, Porter mostly released on Deepblak, with the odd diversion to like-minded imprints like Brownswood, but PAN seems the perfect home for his music: both artist and label have one foot in the house and techno circuit (and it’s probably the biggest foot they have in any scene or sound), but also would be completely undersold if referred to as just a house act. Porter’s FACT mix is the perfect accompaniment to Circuitous, slipping as easily into grooves as it does out of them. There’s no real climax to it; instead, it feels like an glimpse into Porter’s world that fades out of view just as you think you’ve got a handle on it.