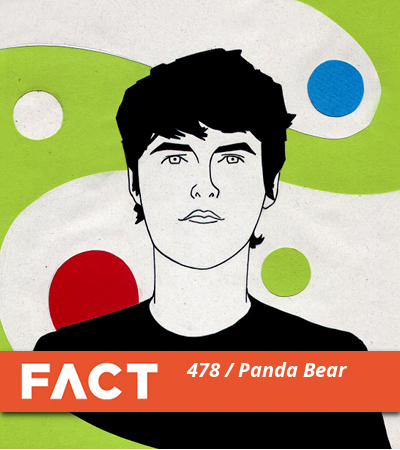 The Animal Collective co-founder sets his sights on the dancefloor.

Panda Bear‘s relationship with dance music is an interesting one. He’s been releasing dance records as early as 2002, when he collaborated with Other Music’s Scott Mou for minimal techno experiments under the name Jane, but for his latest album Panda Bear Meets the Grim Reaper, he was a little more cautious with the drums, telling FACT’s Aimee Cliff that “I feel like the usage of the drum breaks was kind of a gamble for me.”

“I don’t think I ever felt like I had figured out a way of entering into that room where I wasn’t just making some kind of lame copy of something else, something that felt like a costume or felt artificial”, he continued. “So after I started making a couple of these tracks and utilising these breaks, I feel like I found a way of dealing with them that still felt genuine.”

Drum breaks aren’t restricted to dance music of course, and Meets the Grim Reaper feels just as inspired by hip-hop and r’n’b (9th Wonder was cited as a particular influence prior to the album’s announcement). Panda Bear clearly enjoys a refreshingly naive relationship with dance though, and it shines through on his FACT mix. The mixing is unflashy, letting anthems like Pepe Bradock’s ‘Deep Burnt’ and Jack J’s ‘Something (On My Mind)’ play in close-to-full, while the inclusion of Eric Copeland – a peer of Panda’s from the New York experimental scene whose last release came on dance label L.I.E.S. – should come as no surprise. King Tubby, Aphex Twin and 13th Floor Elevators also feature.