Amsterdam’s Dekmantel festival has announced a tantalising first wave of artists for 2015.

Ben Klock, Jeff Mills, Marcel Dettmann and Nina Kraviz will provide the serious techno business, while on the soulful end of the spectrum there’s a DJ set from Madlib and a live performance from iconic vibes player jazz and soul star Roy Ayers and his Ubiquity band.

Squarepusher, Actress, Monolake and Shackleton are all down for live sets, while Objekt, Ricardo Villalobos and Veronica Vasicka are among the many other DJs named so far.

The festival takes place from July 30 to August 2, 2015. Have a squint at the line-up below and get more information from Dekmantel. 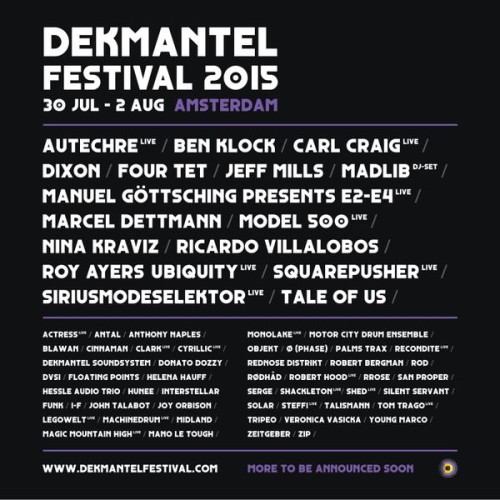