Amsterdam’s DGTL Festival has revealed all 12 stages for its Easter weekender.

Alongside the house and techno hotspot’s own stages – Digital, Analog, Phono, Stereo and so on – you’ll find special stages hosted by Berlin imprint Innervisions, where bosses Dixon and Âme will headline, and Maceo Plex’s Ellum, with the label head playing alongside Danny Daze and Pachanga Boys.

Other stages will see performances from Jamie Jones, Art Department, Mano Le Tough, Kölsch, Boddika, Dusky, DJ Koze, Ten Walls and Scuba, among a ton of other big names. Check out the full line-up on the flyer below.

All of the stages have been designed “with an eye on the future”, according to DGTL, who build their own sets, bars and foodstands rather than hiring standard festival tents. They also promise unique visual effects, light shows and kinetic art.

DGTL Festival takes place on April 4-5 at NDSM-Dockands in Amsterdam. Day tickets, weekend passes and chalets are available from the festival’s website now. 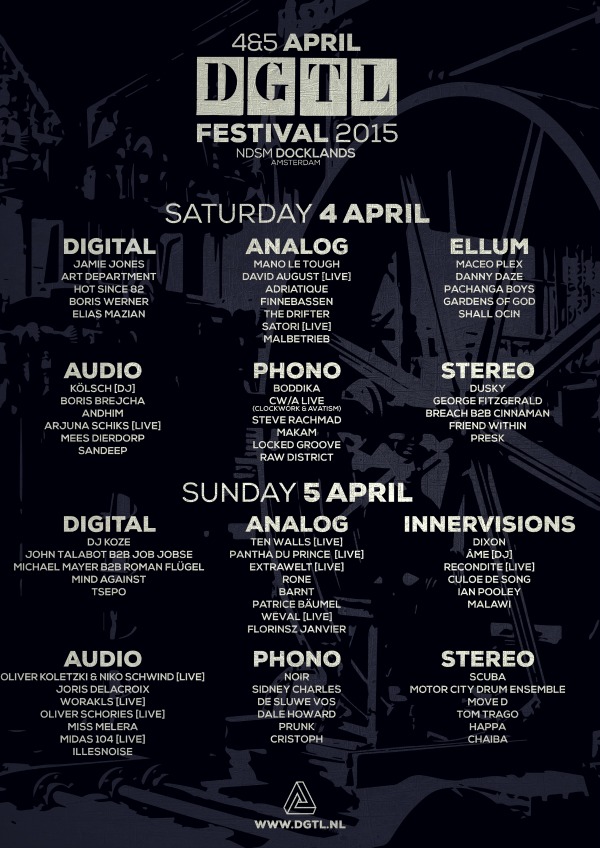