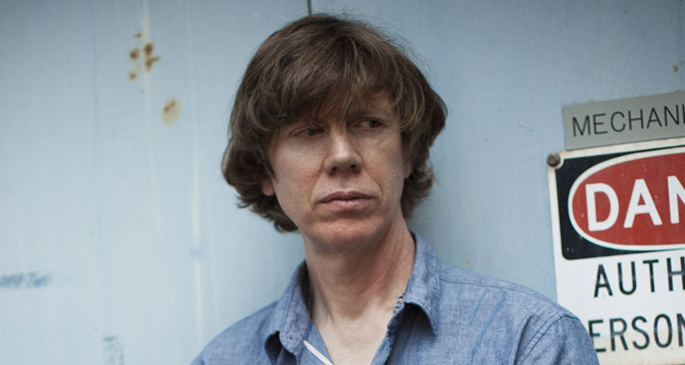 The Sonic Youther-gone-solo and the brains behind the Under The Skin OST set to play London gallery.

Thurston Moore and Mica Levi will present new material at artist Christian Marclay’s exhibition at the White Cube this month, with both performances pressed straight to vinyl by The Vinyl Factory Press.

Performing on February 8 and February 15 respectively, Moore and Levi will present compositions which explore the sonorities of glass in response to Marclay’s work inside the exhibition. Each performance will be accompanied by musicians from the London Sinfonietta.

Other performers confirmed for February include Mark Sanders and Marclay himself, who’ll lead a trio of musicians playing the Singing Saw and Glass Harp. The free performances start at 3pm, but spaces are first-come-first-served, so arrive early.

Meanwhile the Vinyl Factory Press – which you can have a closer look at here – is in operation every Thursday and Friday during the exhibition, pressing up performances from the previous weekend. The exhibition runs until April 12, 2015 at White Cube Bermondsey, SE1 3TQ.