Snoop Dogg and Rudimental among first names for Lovebox 2015

The London festival returns to Victoria Park this July.

Snoop Dogg will be headlining the Saturday night of the festival, performing tracks from his forthcoming Pharrell-produced album Bush – an LP Snoop himself describes as blossoming with a “funkadelic glow”. On the Friday night local Hackney boys Rudimental will be taking the main stage, also playing material from their forthcoming second album.

The other big draw is the inclusion of James Murphy and 2manydjs playing on their custom-built, 50,000 watt Despacio soundsystem, which will be on site for the whole weekend. There’s also a special DJ set from Bonobo, Lovebox founders Groove Armada, and an appearance from Warp stalwart Squarepusher, whose live show should be one of the weekend’s highlights.

The festival takes place in London’s Victoria Park on July 17-18. You can view the line-up so far below, and find details on tickets at the Lovebox website. 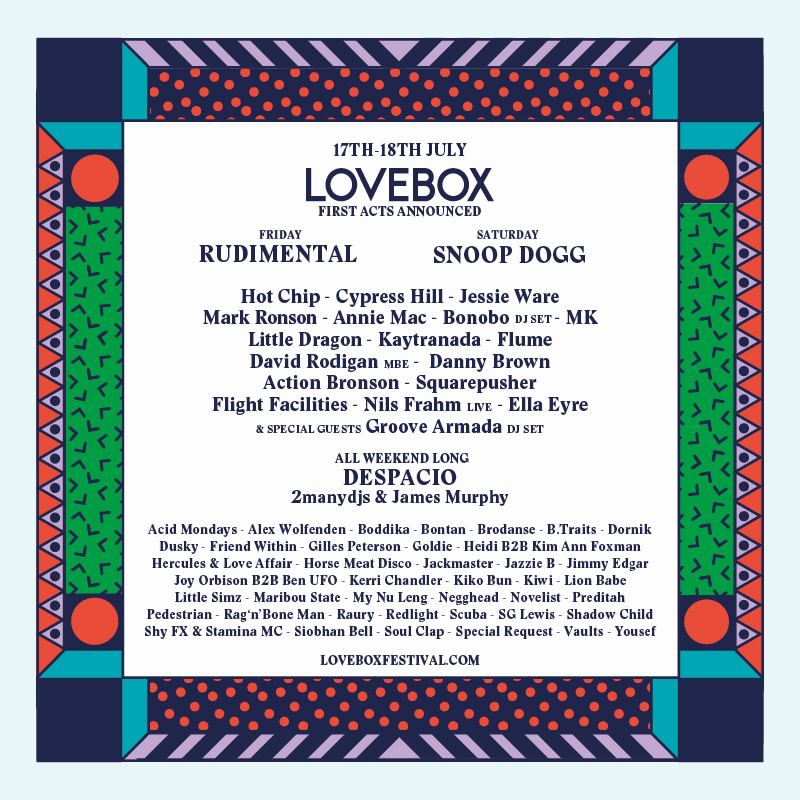