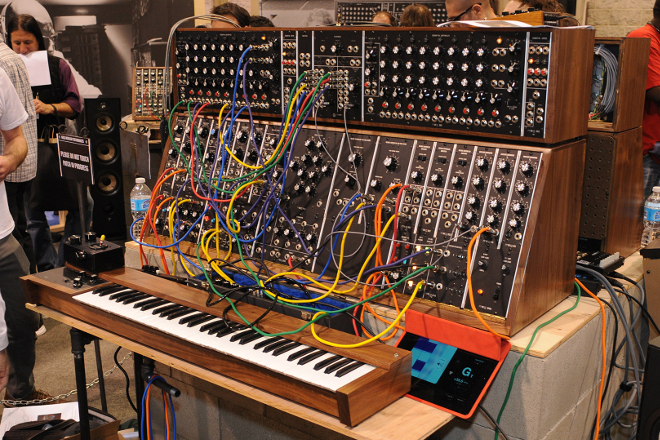 Will Gregory, Suicide and Keith Emerson will all appear at the London venue in July.

If you can’t afford the £23,000 to buy one of Moog’s System 55 modular reissues, don’t fret – the Barbican will mark the tenth anniversary of Bob Moog’s death with a trio of events celebrating the instrument in July.

The Moog Concordance kicks off on July 8 with a performance from The Will Gregory Moog Ensemble, featuring the Goldfrapp producer alongside Portishead’s Adrian Utley and a host of other musicians performing everything from Bach to pieces from Wendy Carlos’ A Clockwork Orange score. Charlemagne Palestine will also appear, performing his first electronic composition in over 40 years.

The following day sees Suicide performing A Punk Mass, a performance that brings together classic material together with new work, and promises guest appearances from some “famous fans”, while the final day features Keith Emerson from prog trio Emerson Lake & Palmer, one of the few musicians to have an entire Moog modular system named after him. Emerson will perform Three Fates, an “orchestral fusion of symphonic music and prog” in collaboration with Terje Mikkelsen and the BBC Concert Orchestra.

The Moog Concordance takes place from July 8-10 at London’s Barbican – full details and tickets can be found at the Barbican website. [via Hyponik]