Featured Stories I By Scott Wilson and Chal RavensI 22.05.15 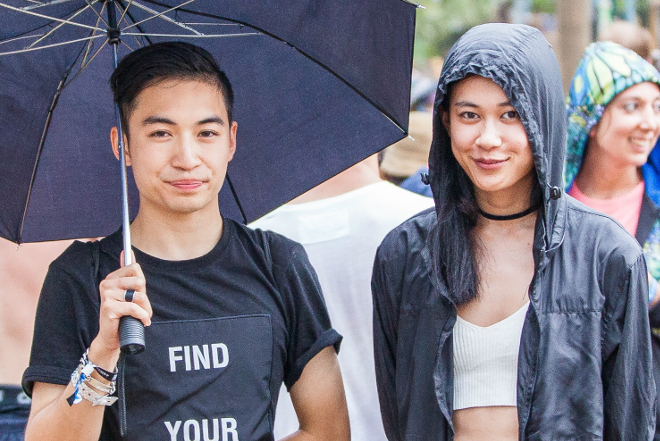 This week we had big, bold mixes from Kuedo and Function and selections from the lesser known but equally talented Victoria Kim and Jon Rust. For those who like their mixes to come with a bit of history, we’ve also dug up some classic disco and jungle. Weekend klaxon!

This year Kuedo has stepped things up after a few years of relative silence. He just launched the Knives label with a new EP on the way, and his mix for Truants is well-timed, showing how his interests have developed over the past few years. Fans of the post-club continuum will be all over this mix, which darts from the grime of Sharp Veins and Silk Road Assassins through digital ambient from Sentinel and uncanny productions from Knives artists v1984 and J.G. Biberkopf. There’s no new material from Kuedo himself on there, but if it’s along these lines we’ll be very pleased.

Victoria Kim
Music To … Drink Bubble Tea To for iD

If Sydney-Seoul duo Victoria Kim are drinking bubble tea to this, god knows what music they put on in the bedroom. Their iD mix is full of sultry midnight-hour modernism from the current crop of R&B seducers, with wise-ass crooning from Ty Dolla $ign and Tory Lanez brushing up against the unique tones of Jhené Aiko and the immensely great Dawn Richard.

NTS regular Jon Rust has quietly become one of the most reliable DJs on “the scene”, and as he demonstrates in his mix for L.I.E.S. it’s his skill in selecting tracks from all corners of the ‘floor that really sets him apart – whether he’s blending smacking 80s electro, woozy lo-fi jams or junkyard house from Düsseldorf, each track feels like it’s covered in the same rusty (ahem) patina. Starts with restraint, but hang in there.

Detroit’s Manuel Gonzales is best known for his diverse techno productions on labels like Don’t Be Afraid and The Trilogy Tapes as well as his occasional forays into hip hop. On this mix, he shows himself to be quite the fan of classic jungle too. This vinyl-only set sounds like it’s been made with records that have been taken through their paces more than a few times, giving the whole mix the flavour of something that’s been recorded to cassette from pirate radio in the 90s.

We’ve finally got some proper techno for the lads in this round-up. You won’t go wrong with this scalding, granite-solid mix if, like Function, you cherish the memory of your first walk up the stairs to Berghain. Featuring heaving, sweat-drenched cuts from Rødhåd, Steve Bicknell, Abdulla Rashim and Carl Craig, it’s the second Berghain/Panorama Bar mix since they gave up on CDs, so you can download this one in all its pristine .WAV glory.

Back in March Wax Poetics posted the first part of a classic set from Studio 54 resident Nicky Siano, a key figure in New York’s proto-disco scene. This second part gives us more insight into what a club set from 1976 might have been like, with a heavy dose of Stevie Wonder and an early drum machine jam made with an SR-95 Rhythmer. The mix is well worth hearing for the classic disco, but if you’ve ever wondered how early DJs incorporated hardware into their sets, it’s even more fascinating stuff.