The autumn festival prepares to bring a belting cross-section of underground sounds to Bristol.

Simple Things has unveiled its line-up for 2015, kicking off with an opening concert from post-rock titans Godspeed You! Black Emperor on October 23.

Plenty more artists are still to be announced, including more headliners, but you can bag a ticket now and keep up to date via Facebook. 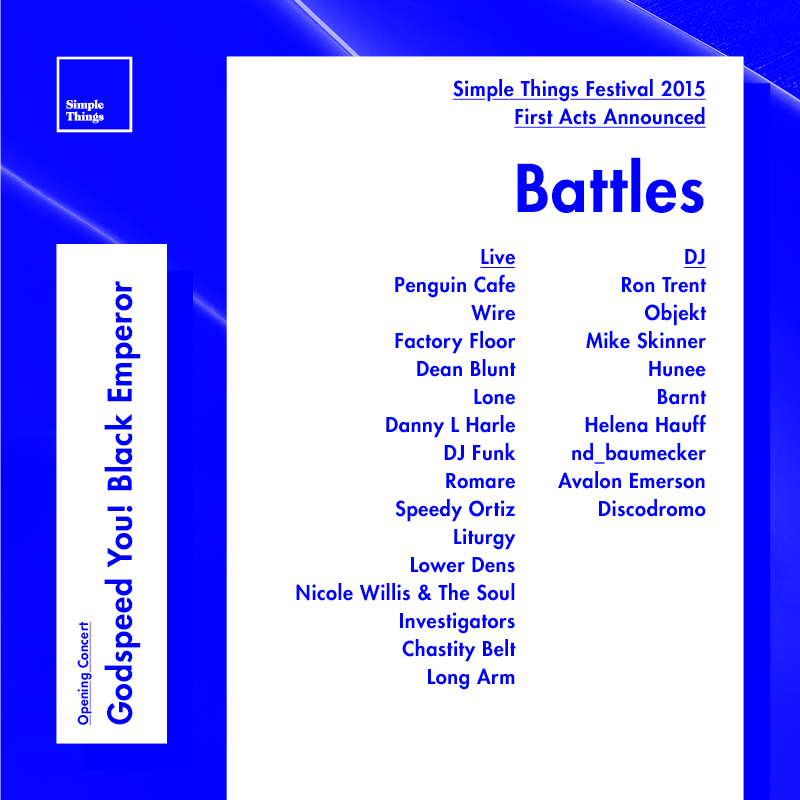