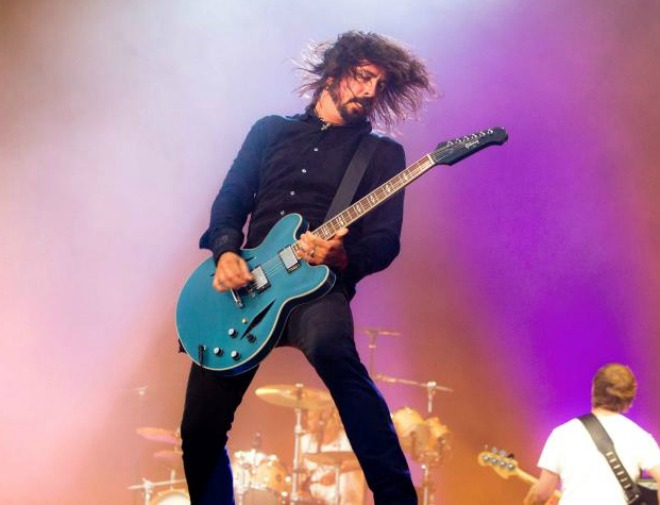 Washington City Paper will not be sending a freelance photographer to cover the Foo Fighters’ gig at Robert F. Kennedy Memorial Stadium this weekend due to the band’s “exploitative” terms.

“If we signed it, we would have agreed to: the band approving the photos which run in the City Paper; only running the photos once and with only one article; and all copyrights would transfer to the band,” stated Steve Cavendish in a statement that echoes another photographer’s criticism of Taylor Swift for her “hypocritical” stance on copyright.

“Then, here’s the fun part, the band would have “the right to exploit all or a part of the Photos in any and all media, now known or hereafter devised, throughout the universe, in perpetuity, in all configurations” without any approval or payment or consideration for the photographer.

“That is exploitation of photographers, pure and simple. If a streaming music service tried to use the band’s music for free, they’d have none of it. That’s what the Taylor Swift-Apple blowup was about. But by signing that contract, the band could then use the creative work of our photographer in their future marketing materials or to resell them through their site.

The City Paper was told by the band’s management that these types of contracts are “standard”. “But that’s not even close to being true,” said Cavendish. “The Rolling Stones, to name one huge act, aren’t demanding newspapers sign over their pictures and the Stones are in the middle of selling out half of the stadiums in North America.”

He added: “The band’s contract, to be blunt, sucks.”

Noting the irony that fans at the gig will be snapping the band thousands of times with their own cameras and smartphones, he put a call out for submissions. “If you take a great photo of the show, send it to us at editor@washingtoncitypaper.com or tweet it @WCP. If we run it in next week’s print edition, we’ll pay you for it. And we won’t ask you to sign over the copyright or your first born, either.”

The increasingly onerous contracts offered to freelance concert photographers are becoming a hot topic following the dispute last month between photographer Jason Sheldon and Swift, whose own contract was labelled a “complete rights grab.” A spokesperson for Swift said the form had been “misrepresented”.