The Bugged Out Weekender has added more names to next year’s event, which takes place in Bognor Regis during the chilly month of January 2016.

They join the previously announced Jackmaster, Eats Everything and Julio Bashmore bringing all things house, with Mumdance, Novelist and DJ Barely Legal repping the grime resurgence. If that wasn’t enough, there’s a live show from hardware techno outfit Paranoid London, as well as sets from B. Traits, Gerd Janson and much more.

The festival takes place in its usual spot of the Butlins holiday camp in Bognor over January 15-17. Tickets are available from the Bugged Out website. 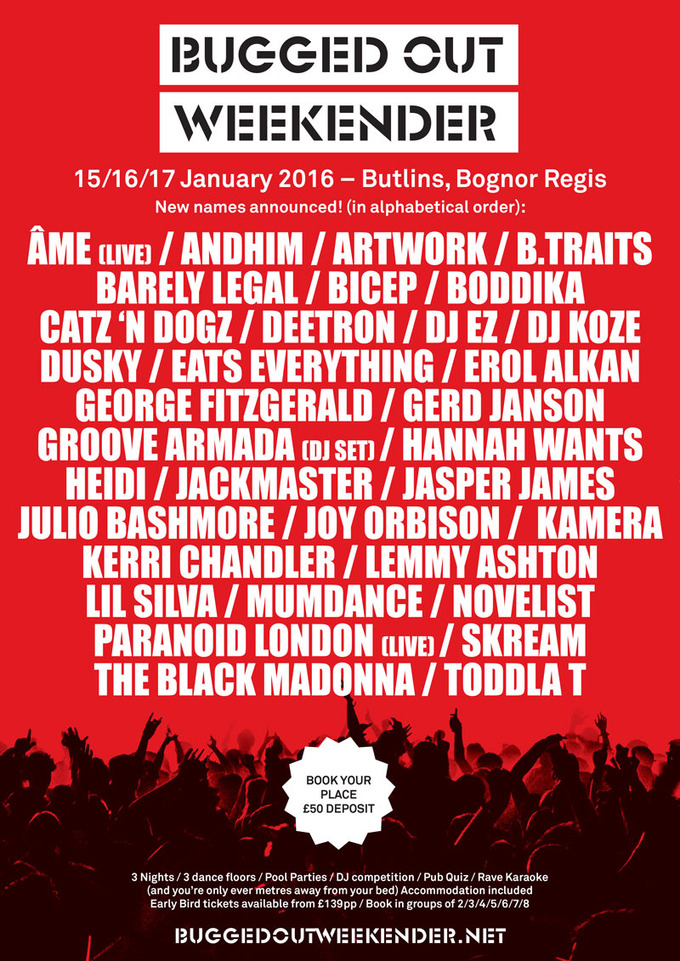