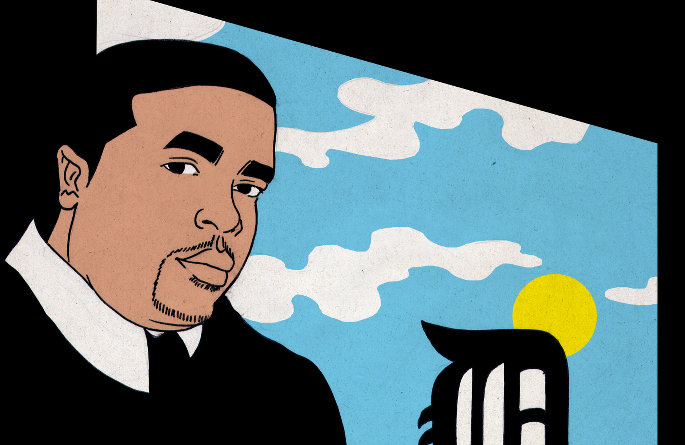 From Drexciya to Underground Resistance, Detroit has a history of elusive dance acts, and Detroit in Effect (D.I.E.) is right up there. Originally a duo made up of Tameko J. Williams (aka DJ Maaco) and Odell Perry (aka P-Dog), the group steadily released 12″ singles throughout the late 90s and early 00s, usually on their own M.A.P. (Maaco & P-Dog, in case you were wondering) label but occasionally on Europe’s Clone. They also recorded as Cybonix. And they didn’t leave many clues.

D.I.E. have rarely granted interviews, and until recently the only mixes available were self-released physical mixtapes (Discogs lists two: Live Somewhere in Detroit and Nowhere in Detroit). Despite this, and despite them not receiving the same worldwide recognition as some of their peers, D.I.E. are well-respected amongst dance aficionados, thanks in no small part to ‘R U Married’, hands down one of the best songs ever made.

Now Maaco operating solo, D.I.E. will DJ with Egyptian Lover at East London party Feelings at Oval Space on Saturday November 21 (get tickets for that here). Ahead of that party, we’ve wangled a rare mix from him – if you’re into the sour spot between cold classic electro and the pacey sleaze of DJ Assault et al then this one’s for you. No tracklist though: we told you they don’t leave clues.