Soundcrash has announced a huge night of drum and bass in London this April, headlined by DJ Marky and LTJ Bukem.

The D&B legends will appear at the Electric Brixton on April 2, while Dynamite and Stamina take care of MC duties. Tom Central supports with a set of drum and bass classics, with other guests still to be announced.

The night will be preceded by a massive D&B boat party on the Thames, with the special guest to be announced – passes for that can be purchased as part of a bundle with tickets for the main event at Electric.

Early bird tickets are on sale now through the Soundcrash website, and go on general release at 10am on Wednesday January 20. 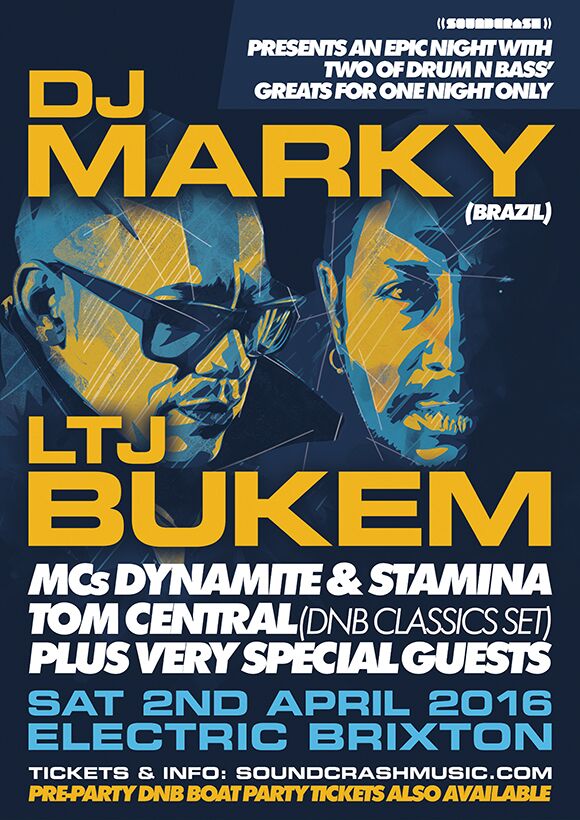