The boutique festival returns for 2016 with an exclusive back-to-back set heading the bill.

Farr Festival has revealed the first wave of names for the 2016 edition, taking place from July 14-16.

The line-up is headed by Ben UFO, Joy Orbison and Midland, who will team up for an exclusive six-hour back-to-back set covering house, techno and everything in between.

The three-day event also features appearances from Andrew Weatherall and Sean Johnston in their A Love From Outer Space guise, a live hardware set from Paranoid London and a celebration of Boy’s Own Records from Terry Farley.

Full details and tickets for the festival can be found at the Farr Festival website. 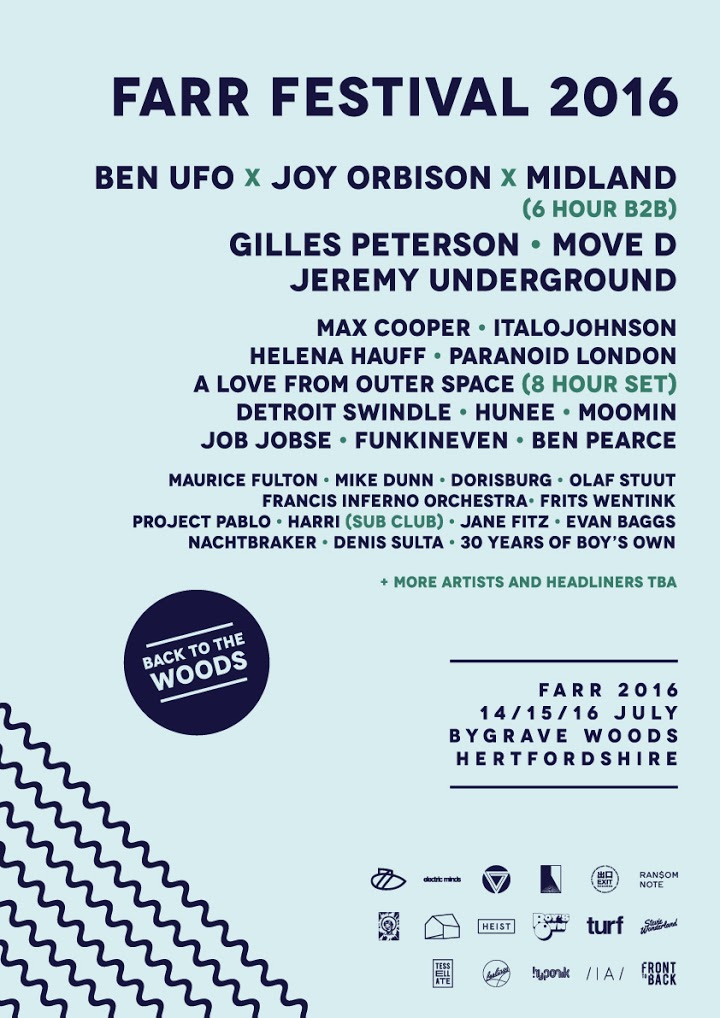