Having already revealed LCD Soundsystem and Major Lazer as this year’s headliners, Lovebox Festival has expanded its bill for 2016.

This year will see London instritution Fabric programme a stage at the festival for the first time, while Barcelona party Elrow will return for an experience that recreates a Brazilian carnival in east London. Lovebox also promises lots of tasty street food, a woodland bar and Shangri-La Superstar’s “Tropiskarnival” Bandstand.

Lovebox Festival takes place in London’s Victoria Park from July 15-16. The full line-up so far can be found below, and tickets can be purchased via the Lovebox website. 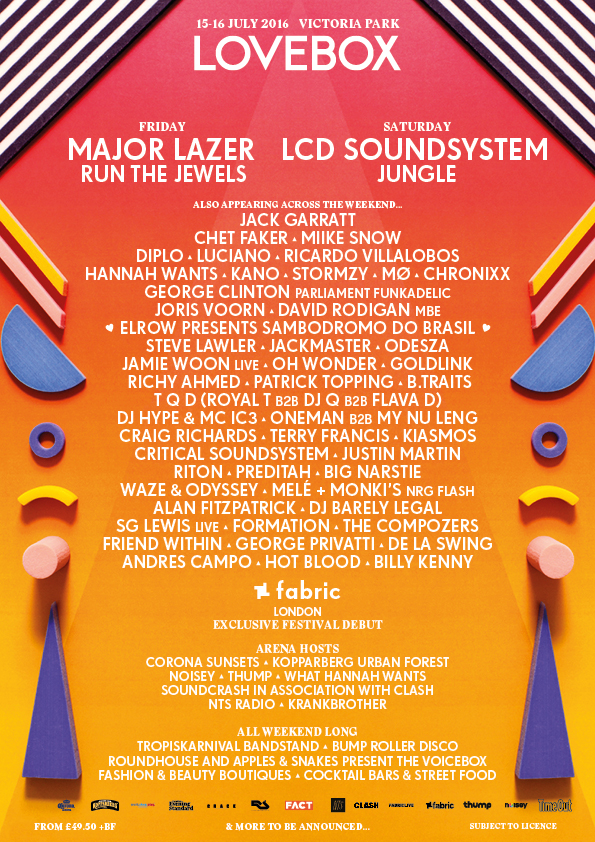