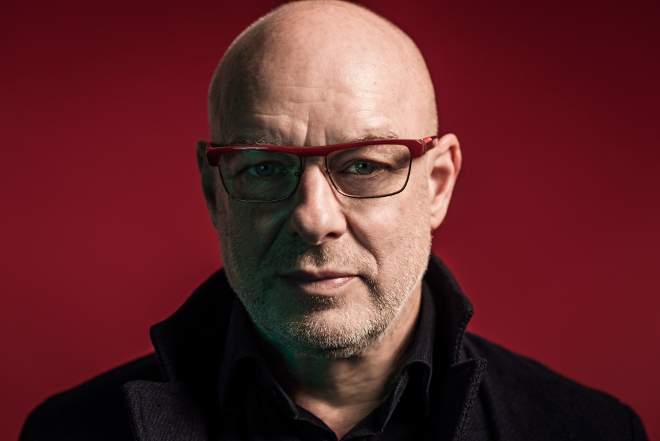 Sónar revelas the programme for its tech conference.

Sónar+D, the tech-focused section of Sónar’s Barcelona festival, has announced its line-up of talks and lectures for 2016.

Brian Eno will deliver the opening lecture following the release of his new album The Ship, while Jean-Michel Jarre, Raster-Noton’s Carsten Nicolai and Olaf Bender, Kode9 & Lawrence Lek and Richie Hawtin will all discuss how they conceptualise their music visually.

Also presenting at Sónar+D are representatives from Spotify and the BBC who will talk about the changing face of the music business in the digital era, Matt Clark from Massive Attack collaborators United Visual Artists and Bu Vui, chief operating officer of the Minecraft video game.

Google’s Takashi Kawashima and Pau García and Daniel Pearson from Domestic Data Streamers will also be on hand to discuss the use of raw data in an artistic context, while other talks will cover CERN, ALMA’s sounds of the universe and more.

Both take place in Barcelona from June 16-18 – full information and tickets can be found at the Sónar website.