Joy Orbison, Dixon and Kowton are also booked for the 12-date tour.

London promoter Electric Minds will celebrate its tenth anniversary with a global tour this year that includes 12 shows across eight countries.

Known for its regular club nights across the UK capital as well as forming part of the The Hydra event series, Electric Minds will travel to cities including Berlin, Marrakech, Copenhagen and NYC throughout 2016 to celebrate its birthday in style.

The shows include stops at festivals including London’s Junction 2, Farr and Dimensions, with other venues including Panorama Bar, Paris’s Concrete and Copenhagen’s Culture Box.

Full details and tickets can be found at the Electric Minds website. 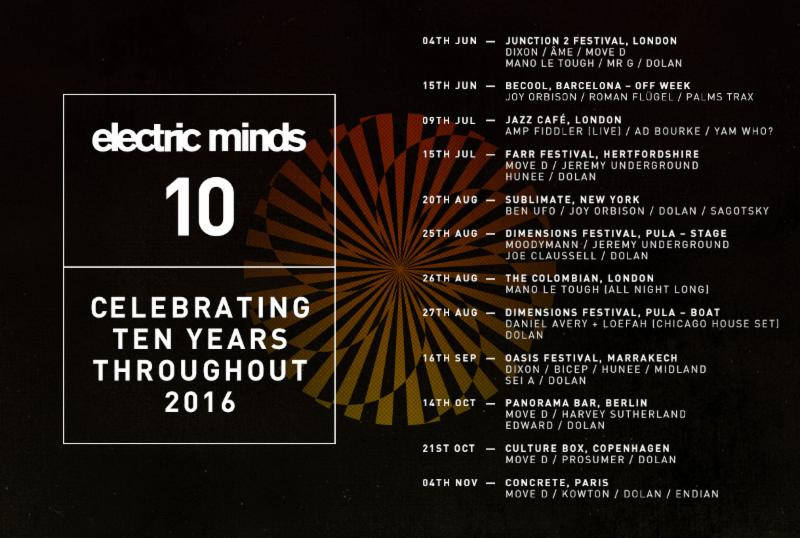