The 13-track suite ties in with the end of the space mission on September 30.

The almighty Vangelis has distilled his “long-held passion for space” into a 13-track album called Rosetta.

Out via Decca on September 23, the new LP from the Blade Runner composer was both inspired by and created for the European Space Agency’s (ESA) Rosetta Mission, which is the first successful mission to land a space probe on a comet. Launched in 2004, Rosetta took 10 years to reach Comet 67P/Churyumov-Gerasimenko, finally landing on November 12 2014. The release of Rosetta marks the end of the 12-year mission and is accompanied by images captured by the probe.

Vangelis composed this “suite of inter-connected music” specifically for the ESA and dedicated the album to “everyone who made ESA’s ongoing Rosetta Mission possible”. ‘Rosetta Waltz’, which you can hear below, has been described as “an expression of his appreciation to the mission team.”

The electronic pioneer says that “mythology, science and space exploration” have fascinated him since early childhood. “They were always connected somehow with the music I write.”

Rosetta is the latest science-themed projects from the Academy Award-winning artist that includes the choral symphony ‘Mythodea’ for NASA’s 2001 Mission to Mars, as well as soundtracks for films like Antarctica, 1492: Conquest of Paradise and Alexander.

Other musicians who have boldly gone include Trent Reznor and Atticus Ross, who in June wrote a piece of music to celebrate NASA’s Juno Mission and GZA, who earlier this month recorded a song with The Happy Mondays’ Paul Ryder for NASA, also to mark the Juno Mission. And if you want high-quality samples direct from space, NASA now has Soundcloud.

Read our beginner’s guide to Vangelis and check out his custom MIDI setup. 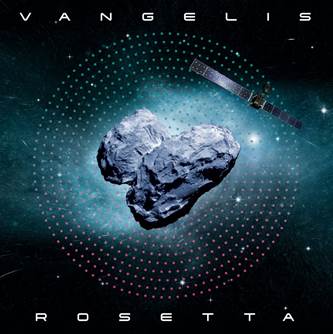