Elsewhere on the pop platter we sink our teeth into some sugary romance with Dark0’s first tune of the year, and Bruno Mars completes his transformation into cocaine-pop renaissance man. Plus! Mary J Blige is sad and DJ Khaled is happy. Bon appetit!

Tayyab Amin: The Dawn Richard/Machinedrum alliance is holding up pretty strongly from the looks of this dynamic cruiser. Next step: Fast & Furious franchise soundtrack please! (7)

Chris Kelly: D∆WN is a goddess and perhaps this will grow on me, but I still think her Machinedrum collaborations have favored his productions and not her vocals. It bangs, sure, but I feel like she’s featuring on her own track. (5)

Daniel Montesinos-Donaghy: Dawn Richard has become a one-woman future-pop industry. ‘Renegades’ is yet another confident assertion of unity and artistic intent, set against electronic judder that would nudge at jock jam status were it not so off-kilter. When it reaches peak euphoria, she cuts it short, almost as if to say ‘enough’. There is more future-pop unspooling from this woman’s mind, and her industry is in a true boom period. (8)

Son Raw: This is as maximalist as EDM-inflected R&B gets, but it’s also Dawn’s show – it’s her powerful presence and ability to bring it all together that marks this one as actually futuristic rather than a hodge podge. For those keeping score: my two winners this week both had sped up vocal samples. (8) 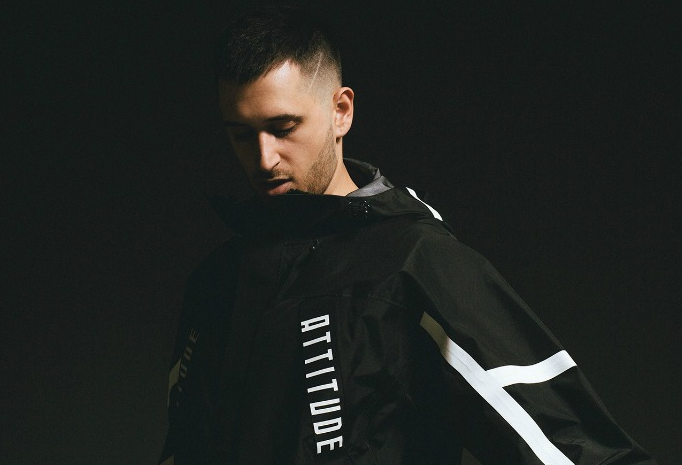 Daniel Montesinos-Donaghy: An effective formula of cartoon pixie vocals atop a chrome-gleam set of hip-hop hi-hats and sub-bass swan dives. The intimacy of the lyrics (“Just want to kiss you on the forehead / Just want to taste you before bed”) seems to come from a universe more messy than this one, where emotion is lewd and luxurious and not distant. (6)

Son Raw: This sands off instrumental grime’s roughest edges to amplify its R&B’s lovelorn sweetness beyond the realm of romance into that of high drama. The drums and mixing are state of the art and the audience adult, but deep down this is teenage music, with all the emotional excess that comes with falling in and out of love for the first time, and Dark0 captures that conflict perfectly here. The rare song I bet sounds equally poignant in the middle of a huge crowd and walking alone, with headphones and a hoodie. (8)

Tayyab Amin: Look, the instrumental is incredibly moving – even the harmonising pulls my heartstrings – but when I hear the vocals all I can think about is saliva. I’m picturing a PC Music-esque glossy pop amateur diva Donald Duck. I’m prepping this tune for the AMV as we speak. (4)

Chris Kelly: The grimes they are a-changing’. Dark0 forgoes the palette that informed his earlier work, but keeps his focus trained on melody and emotion. I was surprised how much this sounds like some of the post-dubstep that came out of the top of the decade, but Dark0 is able to breathe new life into pitch-shifted pop-R&B vocals. (8)

Chris Kelly: I think I’m the only person on the internet who isn’t entertained by DJ Khaled, Fount of Snapchat Wisdom, and I’ve always approached his singles with some trepidation. For every ‘I’m On One’, there are five that are bound for heavy rotation no matter how rote. And while the more-the-merrier approach gets everyone paid, there’s not enough pie for everyone. Leave it to a glutton to have Chris Brown, August Alsina and Jeremih on the same track. (5)

Daniel Montesinos-Donaghy: ‘Hold You Down’ arguably helped take DJ Khaled into the mainstream with its video birthing “you smart, you loyal”, among other bon mots, and the impeccably ridiculous video of him celebrating the song’s success in the Bahamas (two moves that effectively allowed him to become the argument for Snapchat subscription walls and America’s favourite meme). Never mind that ‘Hold You Down’ had the consistency and soppiness of damp toilet paper; it played an important part in the Khaled narrative, so here is ‘Hold You Down 2’: bigger, longer, and with some starry cameos to hold off the encroaching sense of crushing déjà vu. (3)

Son Raw: Before he was the world’s greatest meme machine but after he was on Miami pirate radio, Khaled was best known for the kind of Young Money and Rick Ross-assisted instant-anthems that almost feel quaint in an era where every rapper is out rushing to say something. This reprises the formula, adding Future and a bunch of sangers. On one hand it’s a bit limp and Chris Brown is still reprehensible, on the other, I’m also nostalgic for this kind of excess in rap. Final verdict: unnecessary given ‘On One’ is still on YouTube and it’s fun to laugh at skinny Drake. (5)

Tayyab Amin: The digits this video will score won’t impress much but I bet the product placement figures are astronomical – though Khaled’s new nickname “Billy” is a bit of an exaggeration to say the least. This is more of a tasting platter than it is a tune, and just as ultimately unsatisfying. Can’t work too well for RIYL signposting either once you notice the chasm of effort between Rick Ross’ raps and Future’s cameo of a contribution. (6)

Chris Kelly: Coming to a wedding near you! If Bruno Mars is going to keep updating ‘80s tropes, he could do worse than keeping his phaser set to Zapp. True to its title, this is solid gold. And if you’re not sold, the producer is credited as “Shampoo Press & Curl.” (8)

Daniel Montesinos-Donaghy: Mars’ transformation from insufferable pop-rap cornball to cocaine-pop renaissance man cornball has been one of the most pleasant surprises of this century’s chart music, and ’24k Magic’ is an extension of that. The moment you realise he’s decided to rap THE WHOLE SONG nearly sends the train flipping off the rails, but – songwriting tip! – that level of excessive vocoder will get you through any rough patch. (6)

Son Raw: Loathe as I am to admit it, this kind of jams. ‘Uptown Funk’ mostly proved that Mark Ronson is great at transforming classic sounds into Middle America-approved mush, but this has a bit of bite to it courtesy of The Stereotypes, sounding like a Neptunes take on Zapp with the maximalism turned waaaayyyy up. I’ll never understand why Bruno Mars is a star, but this is the best case scenario. (7)

Tayyab Amin: Pop never ceases to amaze me. How can Bruno Mars put out a song that channels Sugarhill Gang, Uncle Charlie, Snoop, Pharrell and Kendrick, which still seems forgettable as soon as the moment’s passed? How can he drop a funky hip-hop joint where the vocoder doesn’t manage to even feel right on the track? I’m so down with the squad choreo though. (6) 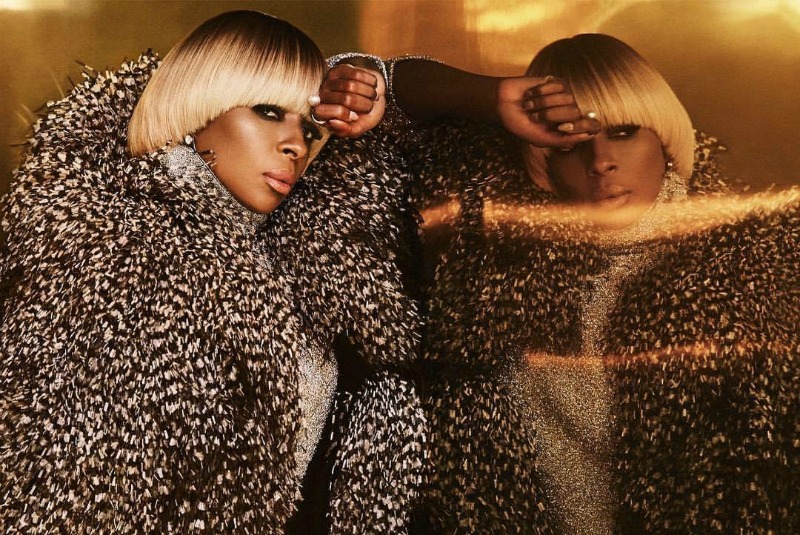 Mary J Blige – ‘Thick Of It’
Listen on Spotify

Chris Kelly: Mary J still has it, and the queen of hip-hop soul updates her sound for contemporary tastes with an assist by one of her best disciples, Jazmine Sullivan. (7)

Daniel Montesinos-Donaghy: The day that news of Mary J Blige’s divorce broke on Twitter, a vast number of users used the same joke: next MJB album is gonna be fire! In response to this magical lack of compassion across a social network (some surprise), I really don’t want Blige to go through much more drama, because we know she’s allowed us enough front seats throughout her career. But you can’t acknowledge how saddened ‘Thick of It’ sounds without its real-time context – it’s a scorched-earth song that fights to be measured and mature, especially with the brass-led retro sampling and skittish radio-rap flourishes pulling her between mental states. Blige never goes for the throat, which holds ‘Thick of It’ back from really becoming unforgettable, but also makes her seem even more human: in control despite the temptation of drama. Vintage Mary J Blige, in a manner of speaking. (7)

Son Raw: Mary J Blige needs better PR. Her ‘90s work was as important and gritty as anything dubbed neo-soul, but she never gets the credit these days. Unfortunately, this won’t help: it’s aunty music through and through, substituting vocal runs for good ideas. (4)

Tayyab Amin: None of these words or instruments evoked any noteworthy feeling from me, yet all I want to do is remind you that Mary J. Blige can still sing it better than your fave. I thought the track was climaxing at the one-minute mark. She has a voice that can make you stop whatever you’re doing and let it wash over you, and she knows how to use it. (5)

Daniel Montesinos-Donaghy: Our Robbie is doing waaay too much here, but that’s what made him a star in the first place: the oversized emotion, the too many drugs, the nods to gods of humility such as Oasis and Kiss, the tear-off skin, the dad raps, James Bond pastiche, Italian Job pastiche, duetting with Nicole Kidman, making swing albums featuring his way less famous mate, ‘Rudebox’, etc etc. So in the context of Mr. Williams’ career, ‘Party Like A Russian’ is pretty on brand. It is a little bit of a nightmare, however, wary of fully satirising Putin and turning into word salad by the second verse, shoe-horning ‘molly’ references in so you can say he wrote it within the last 24 months. But this is so extra that I wouldn’t even mind it becoming Eastern Bloc wrestler Rusev’s entrance theme when he becomes a good guy in the WWE. I can’t think of a higher compliment for something so misguided, so jumbo-sized, so Pure Robbie. (4)

Chris Kelly: How did Williams manage to sing “disputin,” “Rasputin,” “Louboutin,” and “boot in”… but not “Putin”!? I guess fun and games are one thing, but getting on the KGB’s radar is another. For any kitsch value this has, can you imagine listening to it ever again? (1)

Son Raw: No one who reads FACT is walking into this one expecting anything good, but before you click that video: stop while you still can. This is just so much worse than you could possibly imagine. It has all the bombast of a ‘90s cocaine overdose with none of the fun, all the smugness of cultural critique with none of the ideas and all the pomp of faux Soviet orchestral music except the only bourgeoisie it makes me want to overthrow is Robbie Williams himself. (0)

Tayyab Amin: Y’know, this is truly leftfield in that ‘Robbie: expect the unexpected’ sense. The perplexing premise makes sense within the paradigms of the Robbie logic we always accommodate. I full-on cackled at the chant of “There’s revolution in the air.” Unfortunately the song’s fantasy is an escapist one; by playing Russian and choosing a sample synonymous with The Apprentice, Robbie’s missed the shot at national relevance that was sitting on his doorstep (*cough* Brexit *cough*). (4)