FACT Rated is our new series digging into the sounds and stories of the most vital breaking artists. Next up is Bjarki, whose underground hit ‘I Wanna Go Bang’ tipped us to an intriguing new talent. Ben Murphy catches up with the prolific producer as he drops his third album in as many months – scroll down for an exclusive stream.

For Bjarki, making music isn’t a choice. It’s a compulsion. “I make 10 tracks a day. I’m hooked. Every day,” he says. “I wake up in the morning and make music. It might sound like some experimental, boring, glitch shit. And maybe in the night I make two tracks which are fast. I never really think about it – it takes the fun away.”

He’s set to release his third album in as many months this Friday through Nina Kraviz’s трип (pronounced ‘Trip’) label, an imprint dedicated to uncovering techno gems from artists as diverse as Aphex Twin, who showed up on the label’s recent old-meets-new ‘concept album’, and Detroit’s Kelli Hand, with a small roster of regular artists who share an unorthodox approach.

What’s even more exciting about the Icelandic producer, though, is the breadth of his material. On Б, the first of the triptych, he transmits hardcore hoover stabs into pummeling, permafrost techno and channels blissful IDM atmospherics; on Lefhanded Fuqs he collides splintering breakcore with acid funk. And on his latest record, Æ (seemingly titled as a cheeky nod to his love of Autechre), he finds time between slamming 4/4s to deliver gorgeous ambience. What’s apparent is that Bjarki doesn’t care much about fitting in or following rules.

“When you go in the studio with an open mind it lets your feelings go into what you want to make, and you just jam,” he explains, speaking from his Berlin base. “It’s much more natural.”

Bjarki Runar Sigurdarson first surfaced on трип in 2015 with his debut EP Arthur and Intergalactic Whales, replete with one of the year’s biggest underground hits: the titanium-tough, stripped-bare slammer ‘I Wanna Go Bang’. But the 26-year-old’s musical story began much earlier, when he was introduced to his first software sequencer at the age of 12. He had just moved from Reykjavik to live with his father in the small town of Blönduós, and had made friends with the boy next door.

“I used to go next door to play some video games,” he remembers. “But I was more interested in what his older brother was doing. He was always making noise in his bedroom, so I sneaked up. When he was away for a month, I came over and used his computer. I went into all his projects, rearranged his tracks and did my own.”

Sigurdarson claims to have made his first album this way – though when he showed off the results, his dad wasn’t impressed.

“I was super proud of it. I made my dad sit down in the living room and listen to the album, and he was like, ‘What the fuck is this?’ I was really hurt – he didn’t spend any time listening to it. I thought it wasn’t good enough.”

Undeterred, he continued to play around with music, first acquiring a copy of Fruity Loops and then, at 14, picking up his first drum machine. “I realised I needed more equipment, that electricity makes the sound fatter.” Returning to Reykjavik aged 15, he met a kindred spirit: fellow Icelandic producer Exos, who had been releasing dub techno on labels like Mosaic and Symbolism since the late ‘90s. Despite being home to many electronic artists, Iceland isn’t well known for its club music, or indeed its clubs. But Exos had bucked the trend, becoming a party promoter in the city and bringing big-name techno DJs like Surgeon and Adam Beyer to the island.

“[Techno] started to become popular and my friends were really into that stuff. At the time I was not really into techno, more hardcore – this hard, really fast stuff. I was usually playing heavy metal when I was in a band, so when I went to a club it was too soft for me in a way. It was more that minimal techno sound in 2005.” 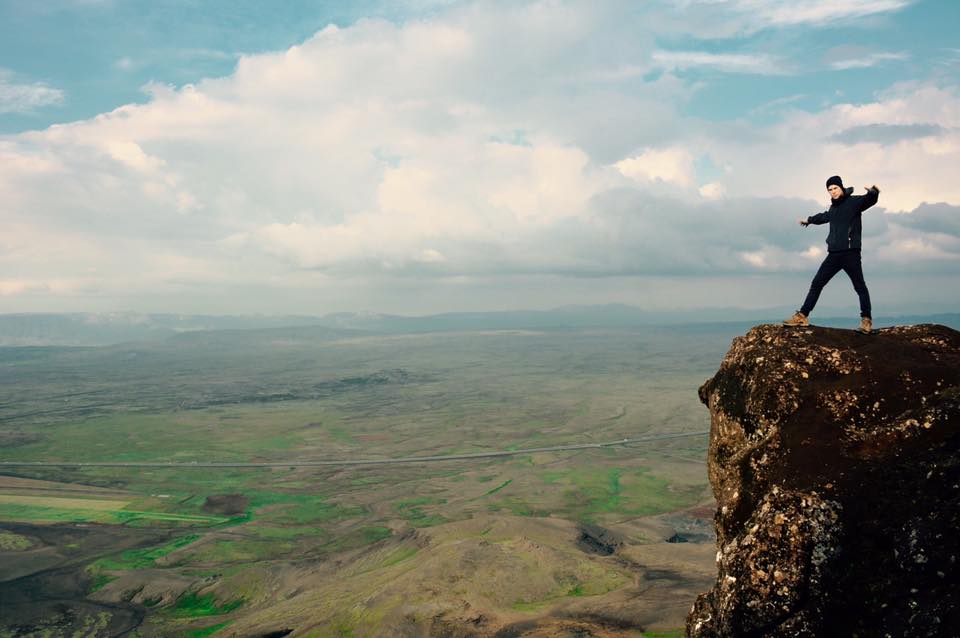 “Most of my music is a mistake. I don’t plan to do anything”

Despite his initial misgivings, he grew to love techno and soon decided to have a go at DJing. Fear of failure, it seems, has never been a deterrent. “I burnt some CDs and watched on YouTube about how to use CDJs,” he recalls casually. “That first gig was a trainwreck, but it was OK. It was fun.”

Sigurdarson renewed his focus on production after moving to Amsterdam in 2008, but still felt like most of what he was hearing in the clubs was too polite. He wanted to go harder.

“I met friends there and they were all making the same shit. I was kind of boxed in. I wanted to prove to them that I could combine harder stuff with this more minimal techno. Most of the stuff that I’ve been releasing now is from 2008, 2009, 2010. Back then they didn’t even like it. It’s weird to release it now and my friends are like, ‘It’s good.’ And I’m like, ‘I showed it to you six years ago and you said it wasn’t that cool!’”

After relocating to Copenhagen, a chance encounter resulted in his signing to трип when Nina Kraviz was DJing at the city’s Culture Box club. Encouraged by the knowledge that his friend Exos had signed a track to her label, he decided to give her some of his own music.

“I was so drunk I forgot to give Nina my USB,” he admits. “I was basically doing it to piss Exos off a little bit. My girlfriend ended up giving her my USB because I couldn’t walk. Nina was also playing a nine-hour set, and I can’t be in a club for nine hours because I drink and I don’t stop.”

He hadn’t even managed to put his contact details on the USB, but Kraviz obviously heard something special in his music. She tracked him down two weeks later. “I think I gave her 10 tracks, then she wanted more stuff, so here’s 10 more, then 10 more. She told me about her label, her vision. I was super excited,” he remembers. “I trusted Nina and I trust her still with everything she does, she’s such an amazing worker. I gave her hard drives and she has most of them. Some of them are broken, some are in Iceland or Holland still.”

Borrowing fragments of breakbeat hardcore, warehouse techno, IDM and soundtrack composition, Sigurdarson’s tracks are uninterested in typical genre divisions. On the second album of his current triptych, the deliberately mispelled Lefhanded Fuqs, he celebrates how slip-ups have led him to his best music; being left-handed, for instance, is frustrating when you’re using tools designed for right-handed people (“Especially with scissors, it’s the worst thing in the world”). Though he counts Pan Sonic, Biogen and Dutch label Bunker among his influences, hardware has always held more sway on the development of his sound. “Last December I bought a couple of rhythm [machines] from Japan, which were handmade by this weird guy. Then I got a Vermona rhythm [machine] from the ‘70s, built in East Berlin. I made 15 tracks in December and three of them I put on the new release.”

“Most of my music is a mistake,” he continues. “I don’t plan to do anything. When you plan music, it’s never good.” For Sigurdarson, the best tunes are made through trial and error. “That’s what I always tell my friends when they’re trying to make music – stop sitting down and planning things. That’s what I hated when I was in Amsterdam, going in the studio with people who had already programmed the whole track in their mind before they got there. You stand there and you’re just like a robot, a programmer. Instead of having fun.”

After bringing the album triptych to a close, there are plans for some more music on трип, after which he intends to put the brakes on for a while as he works on his new label: the awkwardly named bbbbbb. “I don’t want to be a gimmick,” he says.

Nothing is likely to dampen his creative flame in the meantime. “I want to make everything. What I feel like.”

Bjarki will tour North America with Nina Kraviz, Nikita Zablin and K-Hand from October 27 to November 6