FACT Rated digs into the sounds and stories of the most vital breaking artists around right now. This week Jesse Bernard speaks to sister R&B duo VanJess about their self-released debut album Silk Canvas.

Before self-releasing their debut album Silk Canvas, sister duo VanJess had a nearly decade-long following on YouTube where they did a capella versions of pop hits. It was evident early on that they had talent that would outgrow the world of video play counts. Now with a full-length, which features production from Kaytranada and IAMNOBODI, and guest appearances from Little Simz and GoldLink, the two are primed to take over R&B.

Being a first-generation Nigerian-American, or from anywhere in the diaspora for that matter, presents its own unique challenges. Jessica and Ivana Nwokike, of Igbo origin, moved to the United States before they were teens but it took time before they were able to settle. Like many in similar scenarios, they found themselves staying with family in California cities like La Palma and Fontana. 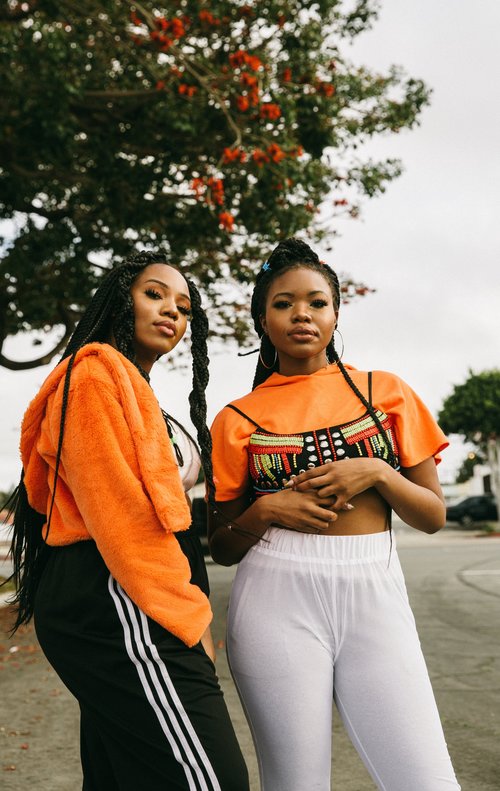 When their mother suffered health issues, it was as though the world had stopped. They filled the chasm by immersing themselves in creativity and spent two years working on Silk Canvas. “Ivana wanted to do something upbeat because we need to celebrate and enjoy life right now,” Jessica says about the Kaytranada-produced ‘Another Lover’, which writing provoked tears on several occasions. “I saw a pancake box while I was sitting on the kitchen counter and was like, ‘Goddamn, honeywheat’,” she adds jokingly. “Whatever space we were in in these past few years, there’s a song that came from it.”

The rich fluidity of the album stems from the fusing of two personal journeys with their Nigerian heritage — the connection goes beyond the enduring bonds of sisterhood. There is a sense of some spiritual feeling that was present when Silk Canvas was created, particularly the way in which the album was arranged. The tones and harmonies of the album are private and intimate, particularly on songs such as ‘Addicted’ and ‘Honeywheat’.

“Feeling itself is spiritual and to be able to create music, there has to be feeling,” Ivana says. “I couldn’t really tell you how a lot of the songs were written because of the moment just being pure feeling, we were motivated by life and during the album process, everything we were going through with our family, we put that in the music.”

The melodies on ‘Addicted’, in particular, evoke T-Boz of TLC, Mariah Carey and Jazmine Sullivan; the ’90s R&B sound they employ is something that’s been raised in near every piece written on them. “This is the music that’s familiar to a lot of us and when you find yourself humming a melody, it’s always going to be one that’s tied to a strong memory,” Ivanka says. The reality is that no melody or harmony in modern R&B, whether it’s the 90s or 2000s is new, they can all find their beginnings in gospel, and like many others before them, so did VanJess.

“Learning how to feel while singing was something that stuck from an early age from being in the church and when you look at all the great R&B, it all has gospel roots,” Jessica says. “Whether it’s a piano chord or a choir, there’s always a reference point to gospel in R&B and I don’t think that’s ever left.”

The foundation of VanJess’ music lies in healing and a synergy that emphasizes every harmony, layer, melody and key. But what has made the album resonate with so many is that it embraces modernity while still remaining familiar. “Music does a lot for us and at the time, with everything that was going on, it felt very therapeutic,” Jessica says. “I didn’t realize how important Silk Canvas was to us until someone told us that they didn’t know they needed it.”

Jesse Bernard is freelance music and culture journalist based in Brooklyn and London, still hotsteppin’ in a Nike Air sneaker. Find him on Twitter.

Read next: Brent Faiyaz is an unconventional songwriter with the makings of a classic R&B singer