FACT Rated digs into the sounds and stories of the most vital breaking artists around right now. This week April Clare Welsh speaks to London avant-pop singer-songwriter and Mica Levi collaborator Tirzah ahead of the release of her Domino debut Devotion, which is out next month.

“It’s lovely and crazy,” says Essex-born singer-songwriter Tirzah Mastin about the recent birth of her first child, Jocelyn. “But I don’t really know what’s going to happen next… doing three things at once is kind of hard!”

Mastin’s day job as a print designer in the fashion industry has always run parallel to her musical pursuits as mononymous post-grime treasure Tirzah. Aged 13, she enrolled at the Purcell School for Young Musicians in Watford – before going on to study textiles at 18 – and has lived and worked in London ever since, soaking up the city’s patchwork of sounds like a sponge.

Her debut album Devotion is a flickering, avant-pop slideshow of “straight-up love songs” and a record on which simplicity is key. It’s a gloriously laid-back trip, etched from producer and school pal Mica Levi’s minimal junkyard blueprint, while Mastin’s soulful vocals come tinged with a weariness that many Londoners will know all too well.

Tirzah flew onto our radar in 2013 with her vocals contribution to Micachu’s scruffy dance-pop anti-anthem ‘I’m Not Dancing’. She’s been making music on and off ever since, releasing her No Romance EP for Greco-Roman in 2014 and earlier this year dropping wonky club track ‘Obviously’ with Levi, under the moniker Taz & Meeks.

“Working with Meeks has never felt like too much pressure. We never really have a goal when starting a track, we just play around with things,” she says. “We don’t tend to labor too much over stuff… [my album] doesn’t feel like my project, it feels like a dual coming together of ideas.”

Packed full of leftfield slow-jams, Devotion opens with the heart-swelling fanfare of ‘Fine Again’,  a track so ardent it sounds ripped from a diary entry, while Levi’s abrupt rhythmic diversions and Mastin’s staccato delivery add grit and grime. Backed by a modulating piano sound and a gentle percussive thud, on ‘Gladly’, Mastin intones: “All I want is you / I love you / Gladly, gladly, gladly… I want you around me always.” 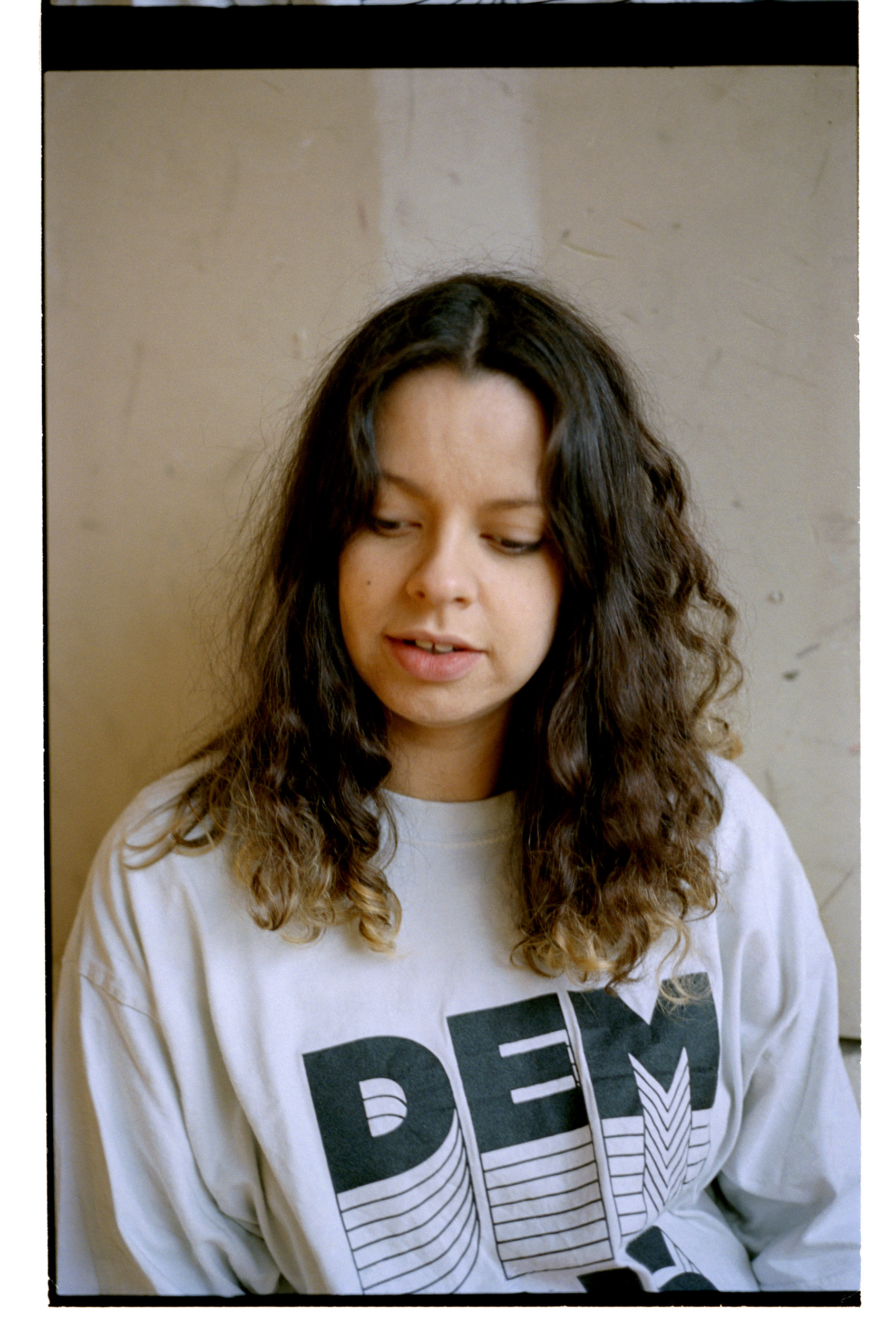 “It feels so simple just to call it Devotion because that is what it is,” she says. “It’s just a real collage of experiences, past and present, relationships, friendships, thoughts at the time about things. I guess you could say it’s about people in particular but it’s not about one person in particular.”

Mastin moves in the same experimental pop circles as fellow south Londoner Kwes, who mixed Devotion for Domino, and his younger brother Coby Sey, who makes a guest appearance on the album’s title track. “Being around a close circle of my friends making music that has probably given the record all it’s got,” she says.

The album was stitched together from a “mixed bag” of older and more recent songs, so each track comes with its own mood and timeline. Sonically, itleapfrogs from the Oneohtrix Point Never-esque abstractions of ‘Guilty’, lit up by flashes of Auto-Tune and electric guitar, to organ-flecked R&B smoothie ‘Basic Need’. According to Mastin, who was fed on a diet of Al Green and Barry White from a young age, this collision of sounds is “probably quite telling of not having an album in mind and it just spanning a period of time.”

For Mastin, her music school background with Levi is simultaneously “a very distant memory” and “the thing that brought this about in the first place.” She says that Levi has always inspired her, from their early teens up until the present-day, while helping her to come out of her shell. “Whenever I’ve done stuff with other people it’s always been nice and an interesting experience, but I’m not very good at it,” she admits with a nervous laugh.

“There are even times with Meeks when I will be reduced to this mumbling down the microphone and I’ll have to really come out of my shell,” she says. “I think doing things with other people is nice, but it’s not in my comfort zone. I’ve done this to really push myself out of my comfort zone.”

Devotion is out August 10 via Domino.

April Clare Welsh is a freelance writer based in Lisbon. Find her on Twitter.